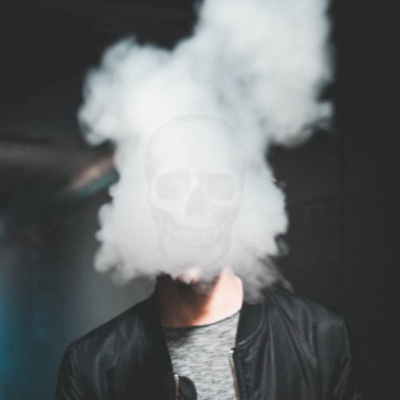 We are only just beginning to learn the problems that vaping causes.

Last night’s news links six deaths to vaping. Hundreds of people have been sickened, and sadly, most have been previously healthy teens and young adults. Public health officials are trying to pinpoint the chemistry and mechanisms causing vaping-associated pulmonary illness.

Cheaper Is Not Better

Just like Plastic Surgery, when is comes to vaping, cheaper is not better. This applies to cheaper vapes whose batteries explode and bootleg vape cartridges containing toxic pesticides. Counterfeit THC oil is especially toxic as it has been demonstrated to release deadly hydrogen cyanide. 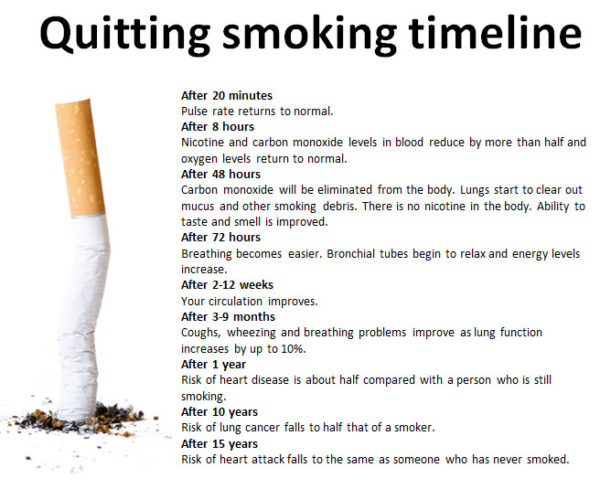 How long does it take for your body to recover from smoking? The above timeline gives just a few examples and includes the average time it takes for each health benefits to be seen.

At first, it was hoped that vaping would have fewer detrimental effects than smoking. We know that smoking causes contraction and injury of the blood vessels in the skin which decreases the perfusion and oxygen delivery needed for wound healing. New evidence shows that vaping also has undesirable consequences. We won’t know what vaping is doing to our bodies for another 40 years, but the chart above may be a good indicator of the future findings.

Nicotine, derived from tobacco, is the main addictive ingredient in vaping cartridges. Previous studies have shown that nicotinized electronic cigarettes cause cell damage and inflammation. A recent paper from the University of Pennsylvania School of Medicine explored the effect of the aerosol alone on endothelial function, and the results are frightening.

The article showed that a single e-cigarette can be harmful to your blood vessels. The article’s title is a mouthful: Acute Effects of Electronic Cigarette Aerosol Inhalation on Vascular Function Detected at Quantitative MRI. The results were published in the August 20, 2019, issue of the journal Radiology.

The investigators at Penn concluded that, “Inhaling nicotine-free electronic cigarette aerosol transiently impacted endothelial function in healthy nonsmokers. Further studies are needed to address the potentially adverse long-term effects on vascular health.” Unfortunately, long term effects take a long time to discover. It has taken decades to demonstrate the enormous number of ill effects of smoking tobacco, and yet there are still deniers.

Both smoking and vaping are highly addictive, and both industries target youth to maximize the person-hours of smoking they can capture. Why else would a company offer sour gummy flavored vape juice? Since young people tend to be healthier and have more reserve, the ill effects are harder to detect in this population.

Ironically, the recent industry pivot to offer vaping as a method to stop smoking may attract an older, weaker population, so the problems associated with vaping may become apparent more quickly. However, the fact that so many young people have had dramatic, life-threatening health problems should be a clue that the use of e-cigarettes is hazardous.

Last year, San Francisco voters upheld a ban on flavored vaping products. Michigan, not California, is the first state to ban flavored e-cigarettes. Last week, Governor Andrew Cuomo banned the sale of flavored electronic cigarettes in New York through an emergency executive action. Even President Trump is proposing a ban on vape flavors. While good intentioned, it will likely have little effect on teen vaping as they can already flavor their own cartridges with readily available dessert tastes.

This summer, San Francisco took the battle a step further when Mayor London Breed signed an ordinance effectively banning e-cigarette sales within the city, despite the fact that Juul is headquartered in SF. Unfortunately, since last year, the number of vapers has more than doubled. Again, the intentions are good; however, people have to want to quit. If we remember prohibition, many people died from unregulated bootleg liquor, and we have already seen deaths from bootleg vape cartridges despite both vaping and marijuana being legal currently. 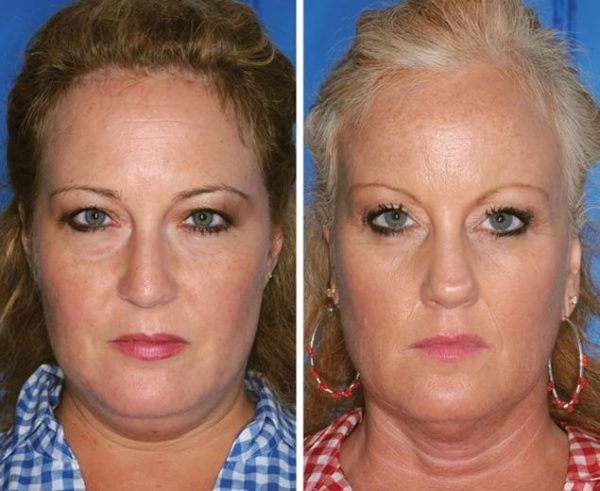 Can you tell which twin smokes? If you guessed the twin on the right, you are correct. Compared to her non-smoking sister in blue, the twin in red has advanced signs of aging including: marked loss of mid and lower face fullness, deeper nasolabial folds and smoker’s lines around the lips.

Like most plastic surgeons, I recommend halting all smoking and vaping for four weeks prior to any surgery involving skin flaps like Facelifts, Tummy Tucks and Breast Reductions. Multiple studies have demonstrated that stopping prior to surgery significantly decreases the preoperative risks; moreover, stopping also eliminates a bad habit that accelerates aging. For this reason, many patients remain non-smokers after surgery. Kicking the habit is not easy, but it is definitely worth it.

Whether you are a current smoker, former smoker or non-smoker and are considering plastic surgery, be sure to consult with a Board Certified Plastic Surgeon near you. In the San Francisco Bay Area, call (925) 943-6353 to schedule your private appointment in our Walnut Creek Plastic Surgery Center.

UPDATE 9/25/19 – Since this article was published a week ago, hundreds more vaping related injuries have been reported. Where is the FDA action? Cities and states have responded with restrictions designed to protect minors, and more recently adults, from this elective and sometimes deadly habit, but this is the FDA’s primary role. In the name of public safety and disease prevention, the FDA requested that Allergan® stop selling textured breast implants linked to fewer and more treatable injuries which occurred over decades. There have been a greater number of more serious injuries from vaping in the last 6 weeks, where is the recall order?

UPDATE 9/30/19 – 12 to 13 confirmed vaping deaths and 805 cases of lung injury. 77% used both tobacco and THC with 36% vaping only TNC and 16% vaping only tobacco. According to the CDC approximately 70% of lung injured patients said they used “Dank Vapes.” “Dank Vapes” appears to be the leader in a large class of counterfeit brands of vape cartridges with THC. Others labels include TKO, Off White, Moon Rocks, Cookies, Chronic Carts, Mario Carts, Kingpen, California Confidential, Cereal Carts and Supreme G.