Breast augmentation has become the most frequently performed cosmetic plastic surgery procedure. As a result, breast augmentation revision has also increased. This topic has been discussed previously under breast asymmetry and capuslar contracture. There are many reasons for breast implant revision surgery San Francisco; they can be divided into three main groups.

Here is another example of breast augmentation revision surgery bay area. This patient presented to my Walnut Creek plastic surgery office. Overall, she was happy that she had breast implants, but she had several aspects that she wanted improved.

The following procedures were discussed: 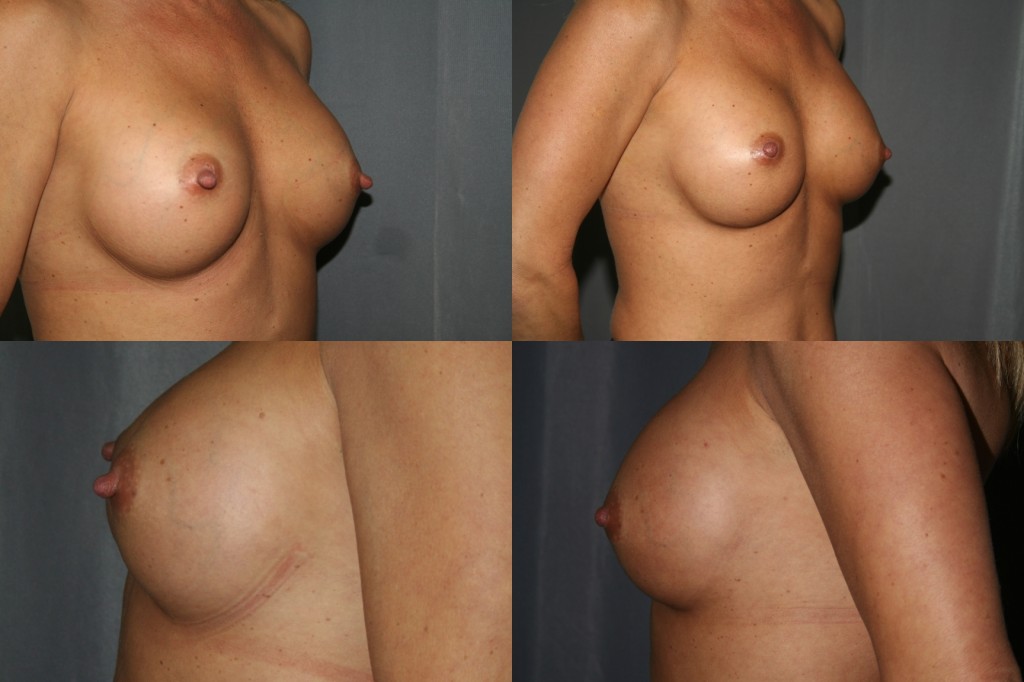 Breast Augmentation Revision with Nipple Reduction - Before (left) and After (right)

The previous implants were removed, a capsulorraphy was performed, additional work was done internally to form a new IMF, and new implants where placed via a periareolar scar (from 4 to 8 o’clock). The volume was increased from 300 to 350 cc’s using saline filled implants. In addition, the nipples were reduced with an incision that runs around its base. The nipple is still high on the right, and could be improved by further raising the breast implants. However, for the sake of the left breast, it is better to keep the implants in their current position. While this leaves the right nipple high, it avoids creating a low (sagging looking) nipple on the left.

Notice the improvement of the angle at the bottom of the breasts. It is no surprise that the bra was ridding up onto the breasts before surgery. After recreation of the IMF, it is higher, smooth and well defined.