There are many ways in which breasts can be uneven. Size, shape and location are the most common. There can be asymmetry of the nipples as discussed in Breast Asymmetry San Francisco: Inverted Nipples and Asymmetry, or asymmetry of the breast mounds themselves discussed here. If the differences are small, everything appears normal; however, as the magnitude of asymmetry increases, so does the desire for correction.

There are times when the nipples are normally formed, but their location on the breast is asymmetric or low. This post will discuss breast mound asymmetry, including breast implant asymmetry and nipple location.

Modest changes in nipple location can be improved with a periareolar approach. In these cases an incision is made around the areola and differing amounts of skin are removed to move the nipple and areola in the desired direction. Several centimeters of motion can be safely accomplished with this method.

Larger asymmetries, require greater movement of nipple areola, and are accomplished with surgery similar to a breast lift. 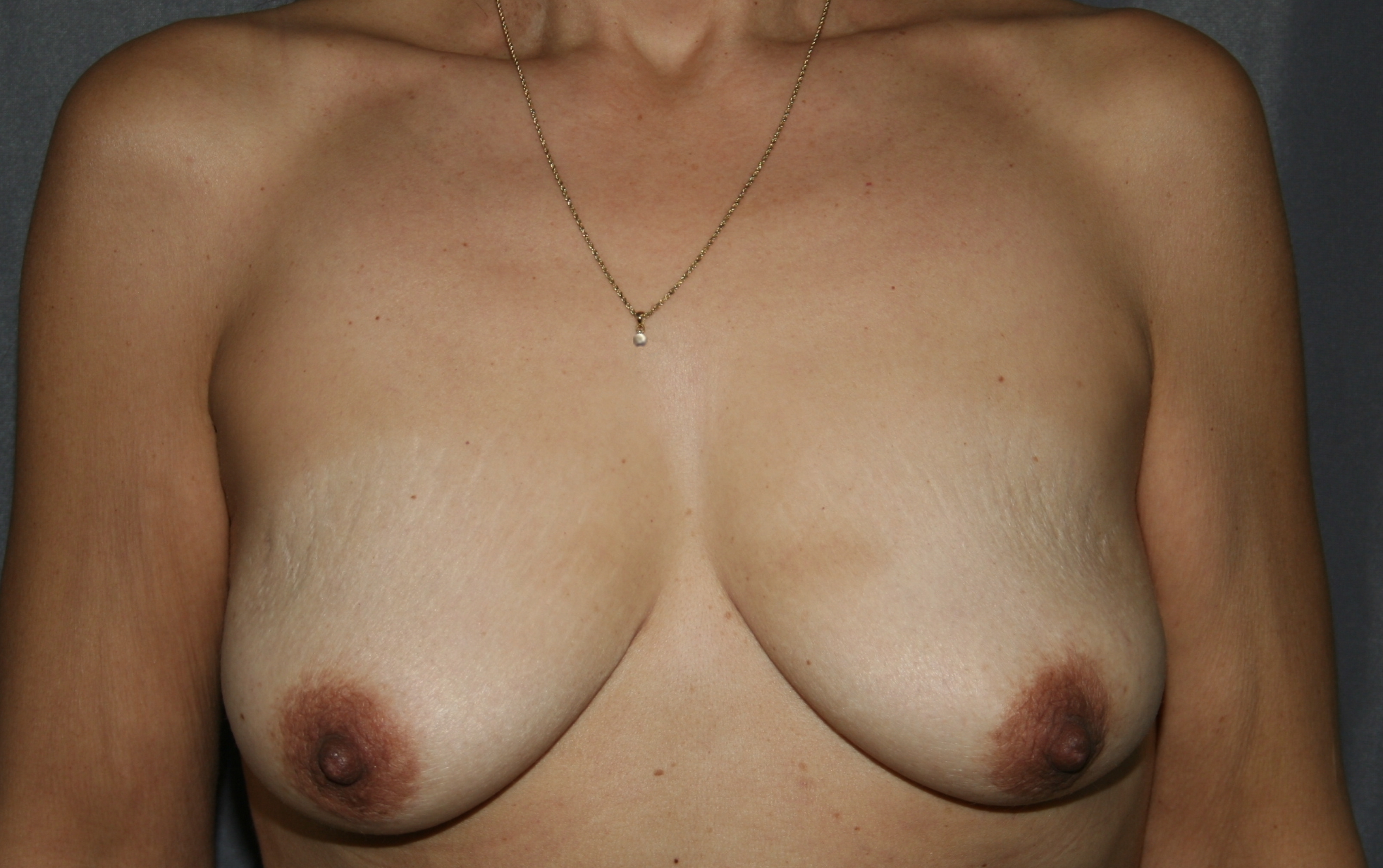 Before breast augmentation and formal breast lift. Note the asymmetries. On left side (patient's right) both the breast mound and the nipple areola complex are larger and lower.

Formal breast lifts are also know as inferior pedicle breast lifts, inverted-T breast breast lifts or anchor scar breast lifts. This is the most versatile of the breast lift and allows for the largest movement of the areola and nipples, as well as reshaping of the entire breast mound. Larger corrections are possible with preservation nipple sensation and circulation.

After breast augmentation and an "inverted-T" breast lift. The periareolar and vertical components of the scar can be seen. The horizontal scar is hidden in the inframammary fold.

In this case a breast augmentation was used to adjust the breast volume; at other times a breast reduction is more appropriate. As previously dicussed, breast implant revision surgery may also be indicated for breast implant asymmetry from capsular contracture.

There are many types of breast lifts and each has its pro’s and con’s. The art of Plastic Surgery is choosing the best approach for each individual San Francisco breast asymmetry patient. I call this, using the smallest hammer necessary to get the job done. While bigger lifts leave a longer scar, choosing too small a lift still leaves a scar but it does not correct the original problem.