It’s no secret that most Plastic Surgery Patients are women. While most Plastic Surgery Procedures are for age management, a significant number of Cosmetic Surgeries are performed to repair the ravages of pregnancy. In fact, surgery to repair the changes after pregnancy is common enough to have it own name: Mommy Makeover. The Mommy Makeover is a combination of procedures that provides Breast Enhancement and Abdominal Sculpting, the most common combination being Breast Augmentation with a Tummy Tuck.

Pregnancy and the Zika Virus

Since many of my patients are of child bearing age, and since the Zika virus has been in the news, this week’s post is a PSA with the latest information and links to more information about the Zika Virus.

If you’ve seen the evening news lately, then you know the Zika virus is associated with severe birth defects when it infects a pregnant woman. To date, there have been no cases of direct transmission between people (except sexually), so how is it transmitted and what exactly does it do?

How the Zika Virus Spreads

In almost every documented case, the Zika virus needs a vector to spread. In the case of the Zika virus, the vector is the Aedes mosquito, the same mosquito that spreads dengue and chikungunya. If a mosquito bites a person infected with the Zika virus, it can then spread the virus to the people it bites subsequently. 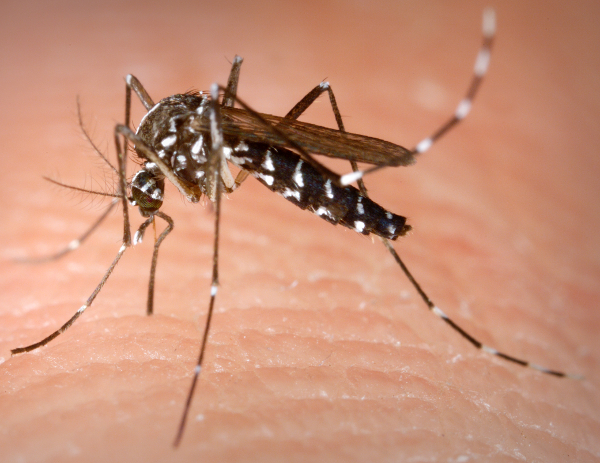 The virus can also be transmitted through a blood transfusion of infected blood, and cases of suspected sexual transmission have now been confirmed. In terms of the numbers of people infected, these are extremely rare means of transmission. If you are pregnant, or trying to get pregnant; however, prevention is the best medicine. For most people infected by the virus the symptoms are mild, but for pregnant women there is substantial new clinical and epidemiological research, which strengthens the association between Zika infection and the occurrence of fetal malformations and neurological disorders. One particularly devastating disorder is microcephaly. Microcephaly is a severe birth defect resulting from decreased brain size, and it seems to be more likely to occur with Zika virus infection.

Zika research is still in its early stages. Despite what you may have heard on the evening news, information on transmission from mothers to babies during pregnancy or childbirth is currently very limited. Current estimates are that one infant in one-hundred is affected. Perinatal transmission has been reported with other mosquito-borne viruses such as dengue and chikungunya, so transmission of the Zika virus seems likely. Research is currently under way on possible mother-to-child transmission of the virus and its effects on babies. Pregnant women in general, and particularly those who develop symptoms of Zika virus infection, should be closely monitored by health providers.

On November 28, 2015, Brazil’s Ministry of Health established a relationship between an increase in cases of microcephaly in newborns and Zika virus infections in the country’s northeast. According to a preliminary analysis of research carried out by Brazilian authorities, the greatest risk of microcephaly and malformations appears to be associated with infection during the first trimester of pregnancy. How often Zika virus infection leads to microcephaly has yet to be determined. Precise numbers will be hard to determine, especially since the virus can infect without symptoms. Only a small fraction of infections seem to lead to birth defects; however, the World Health Organization (WHO) has recently strengthened there warning to pregnant women. The WHO ‘s original recommendation urged pregnant women to avoid bites from the mosquitos that carry the virus. Now the WHO is advising them to avoid travel to areas where the transmission of the virus is widespread. Next may be advice to avoid having sexual relations with anyone recently traveling to areas where Zika virus exposure is on going.

On March 25, 2016, the CDC updated the guidelines for reproductive-age women and their partners who have been exposed, or potentially exposed, to the Zika virus. Women who have been diagnosed with acute Zika virus disease should wait at least 8 weeks from symptom onset to attempted conception. Zika-diagnosed men should wait at least 6 months. Both men and women who may have been exposed to Zika virus should wait at least 8 weeks from possible exposure to time of attempted conception. Possible exposure events include travel to or residence in a Zika-endemic area or unprotected sexual intercourse with a man who has traveled to or resided in a Zika-endemic area up 6 months after his latest potential exposure.

The History of the Zika Virus

The Zika Virus was discovered in 1947 in the Zika forest of Uganda. For much of its history, it remained in Africa, with small sporadic outbreaks in Asia. In 2007, the first major Zika virus epidemic occurred on the Micronesian island of Yap. Nearly 75% of the population was infected.

In 2014, a case of Zika virus transmission on Easter Island was reported by Chile. The virus was detectable from March until June, 2014. 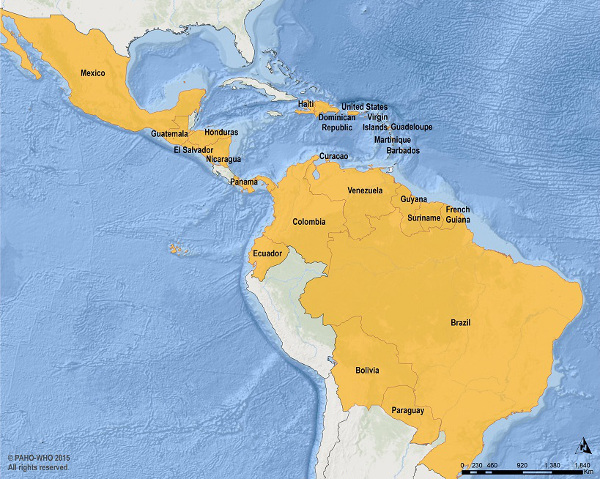 Human Cases of Zika virus for 2015-2016 from the Pan American Health Organization.

In May of 2015, Brazil confirmed an outbreak of Zika virus in its northeast quadrant. According to the Pan American Health Organization (PAHO), in 2015 and 2016, the virus has spread to most of northern South America, Central America, the Caribbean and Mexico.

Since the Zika virus is not currently being spread by mosquitos in the US, it has become the hot spot for research on alternate means of spread, especially sexual transmission. While cases have been identified, it is still not clear how easily the virus spreads with this methods of transmission.

Symptoms of the Zika Virus

Zika virus infections can be without symptoms; however, symptoms usually begin 2-7 days after the bite of an infected mosquito. It commonly presents as mild fever with a skin rash (exanthema), often with eye irritation (conjunctivitis), muscle and joint pain, and general malaise. There is no association between the Zika virus and death. An increase in Guillain-Barré syndrome (GBS) has been observed in areas where a Zika virus epidemic has been documented (e.g., in French Polynesia and Brazil).

Blood tests can help to confirm the diagnosis. Some (virological PCR tests) are useful in the first 3-5 days after the onset of symptoms, while others (serological tests) detect the presence of antibodies but are useful only after five days.

Like most viral infections, there is no vaccine or specific treatment for Zika virus infection. Therefore, treatment for everyone, including pregnant women, is directed at alleviating symptoms such as fever and body aches. To prevent dehydration, it is recommended to control the fever, rest, and drink plenty of water.

Prevention is the best treatment available. Avoiding travel to regions with ongoing transmission is the best prevention, especially if you are pregnant. When this is not an option, precautions should be taken to avoid mosquito bites.

Since mosquitos spread the virus, prevention is directed toward control of the vector and prevention of mosquito bites. The Aedes mosquito bites mostly during the day. Long sleeves, mosquito nets and repellents can help, but repellents should not be used on children younger than two years of age. A more complete list of preventive measures is available on the CDC website.