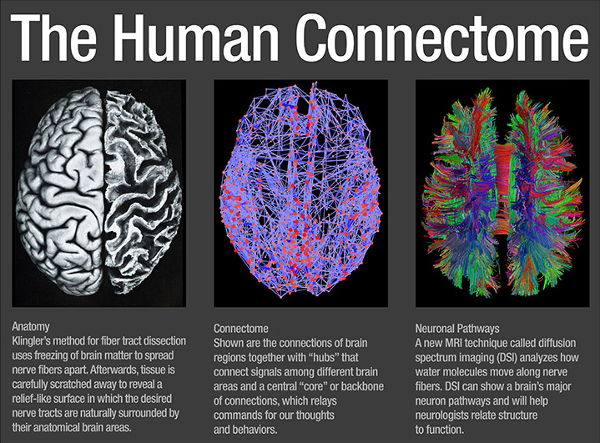 For centuries, attempts have been made to map the human brain. Now the roads are a lot clearer.

Trying to figure out what the different bumps on the brain do is not easy. Scientists have been classifying different areas of the brain for centuries. Maps have been based on function, anatomy, cell types, the amount of insulation around cells, neural connections, and more recently, metabolic activity during specific tasks. A few examples are shown above.

It’s All About Making Connectomes

A connectome (pronounced con-nec’-tome) is the complete description of the structural connectivity of an organism’s nervous system. In other words, it’s a map. Much headway has been made in the last decade in refining the brain’s connectome. It turns out, that our soft, squishy, three pound brains have wiring similar the Internet. 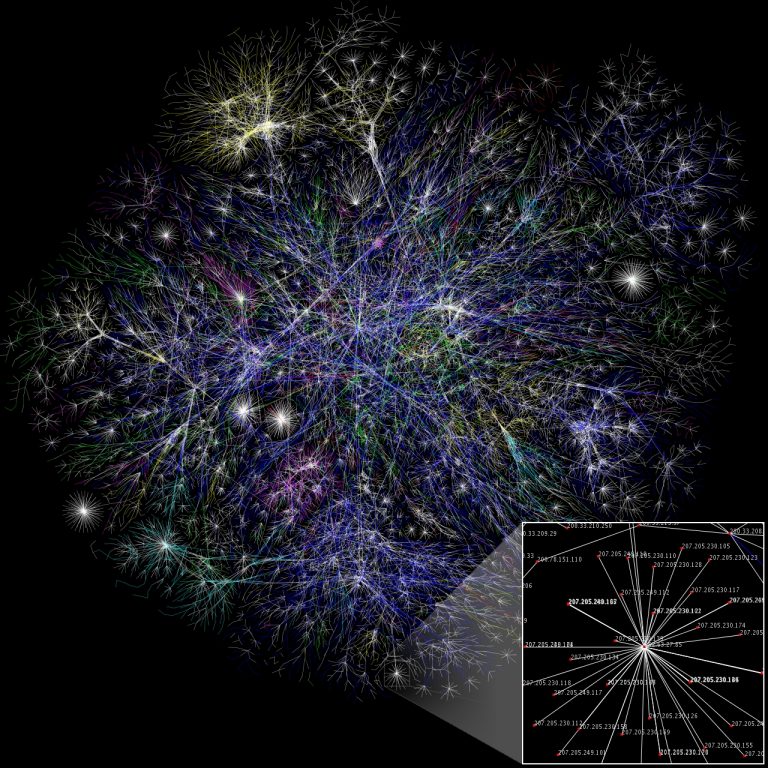 Here is the Opte Project’s 2005 map of the Internet. Each line ends on a specific IP address. This map of the Internet has been compared to complex connections exhibited by neurons in the human brain.(Click on the map for more detail.)

Much like the Opte Project uses visual graphics to display an accurate and understandable map of the Internet, the Human Connectome Project strives to do the same for the brain. 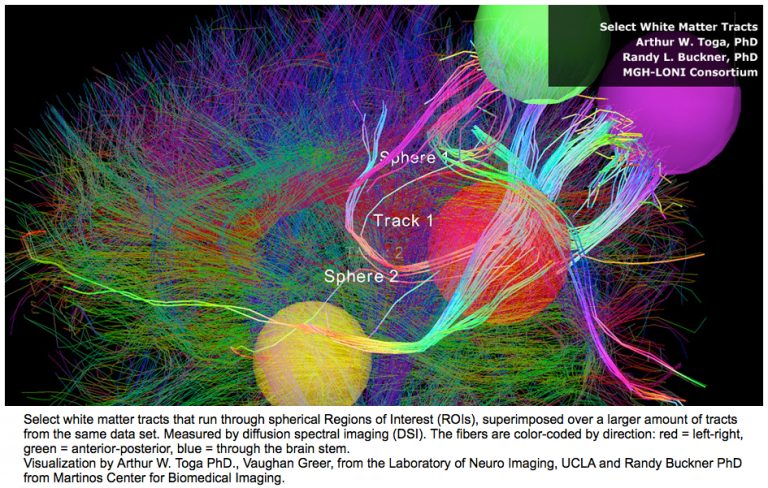 A connectome of the “IP addresses” of the brain. (Click on picture to zoom in.)

The picture above is from the NIH Blueprint for Neuroscience Research Website. The sphere’s represent regions of interest (ROI). These ROIs seem to serve specific functions or show increased levels of activity during specific activities.

But What Have We Learned About The Brain Lately?

This week in Nature, an article with the uncomfortable sounding title, A Multi-Modal Parcellation of Human Cerebral Cortex, increased the number of recognized, distinct areas in the human cortex from 83 to 180. This is bad news for medical students learning neuroanatomy, but is good news for brain researchers.

The study is based on brain scans of 1200 young adults. These 180 areas were consistently found within the population. When new subjects were scanned, software could detect all 180 areas correctly 96.6% of the time, and automatically identify individuals with atypical patterns for manual review. This provides researchers and practitioners alike, a new and easily reproducible method of examining the brain.

High definition brain scans are more than just maps. They may eventually lead to the ability to “fingerprint” our brain. This would allow scientists to see the differences in each of our brains, and further help correlate the anatomy and function of brain areas. High definition brain scans will be able to map the changes that occur in our brains as we age, identifying the milestones of normal healthy development. Moreover, much like an x-ray can detect a fractured bone, the scans will also detect the early signs of brain illness and exactly where the brain is broken.