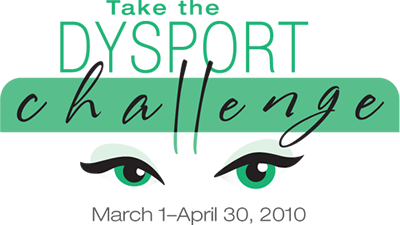 Dysport® received FDA approval last year. It is very similar to BOTOX Cosmetic® in terms of onset of action and duration. While they are not equivalent, they are very similar. Both block unwanted muscle motion, and both reduce stubborn frown lines.

Dysport® came to market at a slightly lower price, but BOTOX Cosmetic® countered with customer loyalty, and discount coupons. The Dysport® people are once again trying to shake the status quo with the Dysport® Challenge™.

In my Walnut Creek Plastic Surgery Office, during March and April of 2010, you can get $75 off any Dysport® treatment. Plus another $75 off your second treatment whether you love it or leave it.

If you love Dysport® you can get another $75 off your next Dysport® treatment.

If do not love Dysport® you can get another $75 off your next BOTOX Cosmetic® treatment.

For all the details visit DysportUSA or click the logo at the top of this article.

The next Botox/Dysport Day in the office is Wednesday, March 17, 2010. Happy Saint Partick’s Day.