On July 15th, Alameda County Superior Court Judge Wynne S. Carvill tentatively ruled that Kaiser Permanente cannot systematically classify removal of excess skin following bariatric weight loss surgery as a cosmetic procedure, and that Kaiser misinformed patients and doctors by claiming removal of disfiguring excess skin following gastric bypass surgery is not a covered procedure. This may be good news for Bariatric Patients, but the ruling is not final. 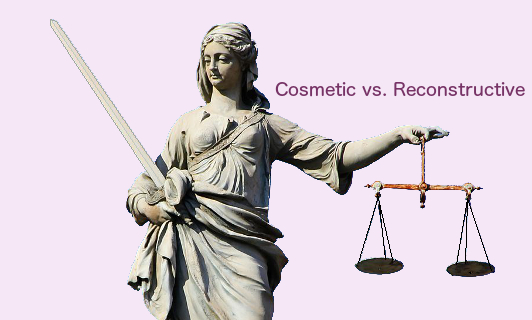 It’s a question as old as insurance companies, “Is it cosmetic or reconstructive?”

The class action lawsuit, Wendy Gallimore, et al. v. Kaiser Foundation Health Plan Inc, was heard in the Superior Court of the State of California for the County of Alameda. While the ruling would prohibit Kaiser from arbitrarily denying all bariatric patients access to post bariatric plastic surgery, it would allow Kaiser doctors to decide on a case-by-case basis whether patients qualify for a referral to a plastic surgeon.

According to the Insurance Journal Article, Judge Carvill rejected Kaiser’s argument that excess skin is not a disease, and instead ruled that its policy of only providing referrals to plastic surgeons for patients whose excess skin presented a functional problem stands in contrast with the California Health & Safety Code. The code requires insurance companies to pay for reconstructive surgery to repair disfigurement caused by trauma or disease.

Insurance Companies Are Saving You Money

Insurance companies will claim their behavior is aimed at controlling costs, and I understand that they do not want to cover Cosmetic Surgery. What I don’t understand is why Plastic Surgeons have to prove each procedure is not “cosmetic.” More than half the procedures that Plastic Surgeons perform are reconstructive.

While some states acted on behalf of their female residents, not all did. Through massive lobbying efforts, including patients, doctors and professional societies like the American Society of Plastic Surgeons, the Federal Government was compelled to act. The choice to have insurance coverage for breast reconstruction was not ensured, or insured, until the Women’s Health and Cancer Rights Act was signed into law on October 21, 1998.

The Women’s Health and Cancer Rights Act of 1998

The law known as Janet’s Law was championed by Republican Senator Alphonse D’Amato from New York, and our own San Francisco, California, Democratic Senator Dianne Feinstein, and twenty-one other US Senators in a truly bipartisan effort.

Janet’s Law is named after a 32 year-old Long Island woman, Janet Franquet, who was diagnosed with an aggressive form of breast cancer in late 1997. She required chemotherapy to try to shrink her tumor, followed by a mastectomy. A young woman, she desired reconstructive surgery to restore her amputated breast. Her Plastic Surgeon, Dr. Todd Wider, contacted her insurance company for permission to reconstruct her breast. Janet’s insurance plan refused to cover the reconstructive surgery, and considered it cosmetic. The carrier recommended using a skin graft if the wound could not be closed primarily. Dr. Wider, disgusted by the insurance plan’s idea of medical care, performed the breast reconstruction for free. When insurance companies claim they do not make medical decisions, think about Janet’s plight. If not for the generosity of a Plastic Surgeon, her breast would remain flat, or more likely indented with a skin graft.

Dr. Wider did more than give away his skills, he contacted his federal representatives and went to bat for all patients. Senator D’Amato said the following to then US President Bill Clinton from the floor of congress when he had heard that the insurance carrier had denied Ms. Franquet coverage for her surgery:

In case you think the problem is solved, I assure you it is not. This week, I corresponded with a local insurance plan that promises you will “Be Heard.” Despite multiple interactions with the insurance plan by my staff and myself, including writing two letters, sending pictures, twice, speaking with the nurse reviewer, speaking with a physician reviewer, I was told almost exactly the same line that Senator D’Amato was told almost 20 years ago. My patient’s breast reconstruction did not not pose an eminent health risk and reconstruction would be denied. Perhaps he has forgotten, The California Health & Safety Code requires insurance companies to pay for reconstructive surgery to repair disfigurement caused by trauma or disease. Do we need a specific law for every diagnosis?

We do have the right to appeal, but no new information will be necessary, and all of us, my patient, her family, my staff and myself have to spend more time away from our otherwise productive lives trying to get the insurance plan to do the right thing. The only difference is my patient does not have breast cancer, she was born with a severe form of tubular breast deformity. Fortunately, she is a very strong, very mature young woman, and even though she was not even born when Mrs. Franquet’s Insurance Company’s Medical Director proclaimed “replacement of a breast is not medically necessary,” she must again fight the same battle.

Without the legislative process, there would be no coverage for breast reconstruction. When Insurance plans can’t justify their actions medically, they simply stop providing coverage. A good example is Breast Reduction. Breast Reduction relieves chronic neck and back pain, among other symptoms. There is overwhelming clinical evidence of the benefits, so now that they can no longer decline the benefit of the procedure, insurance companies are excluding Breast Reduction from their coverage. Check your policy and see if you are covered or excluded. Will we need another law to keep coverage for Breast Reduction when medically indicated?

I look for the good in people, but I’ll admit, I was very disappointed with my patient’s insurance company, especially after spending so much time and effort informing multiple reviewers of the situation. Their decision is troubling, but I suppose made easier by not having to see my patient and realize she is a real person who has a real promising life ahead of her.

On the other hand, Alameda County Superior Court Judge Wynne S. Carvill’s ruling gives me hope. The goal of medicine is enhance our population. By relieving physical pain with Breast Reductions or emotional pain with Breast Reconstruction, Plastic Surgeons improve the quality of our patients’ lives. This is not just true for the patient, but for their family, friends and co-workers. Happier patients are nicer to those around them and more productive citizens. The reconstructive vs. cosmetic arguments will continue; however, if more productive citizens get involved, more reconstructive surgeries can remain reconstructive.