As of the time of this post, South Koreans have more plastic surgery per capita than any other country on earth. The United States is much larger, so more plastic surgery procedures are done in the United States; however, a higher percentage of the South Koreans have Plastic Surgery than Americans. Moreover, Dr. Millard may be at least partially to blame.

in 1954, Dr. Millard was recalled to active duty during the Korean War as Chief Plastic Surgeon to the U.S. Marine Corps during the Korean War. During his time in Korea, he took care of injured soldiers, but he also came into contact with many children born with cleft lips and palates.

Above – Dr. D. Ralph Millard reviewing before and after pictures of Cleft Lip and Palate surgery. His contribution of the rotation-advancement flap repair remains one of the most significant advancements in the field of congenital lip deformity correction.

The incidence of Cleft Lips and Palates is twice as high in Asian populations (1 in 500 births) as it is in the Caucasian population (1 in 1000 births), and four times as high as in the African population (1 in 2000 births). After studying photos of these defects, he developed the rotation-advancement flap cleft lip repair. He performed the first such procedure during the war, and it is now perhaps the procedure for which he is best know. His signature cleft lip repair is currently used around the world as one of the most versatile and predictable cleft lip repairs we Plastic Surgeons have in our arsenal.

From Cleft Lips to KPOP

During his year in Korea, Dr. Millard performed hundreds of reconstructive procedures for victims of war, most of whom were Korean. And like most plastic surgeons, he was not idol when the war lulled. In addition to cleft lip surgery, he also advanced “double eyelid surgery.” 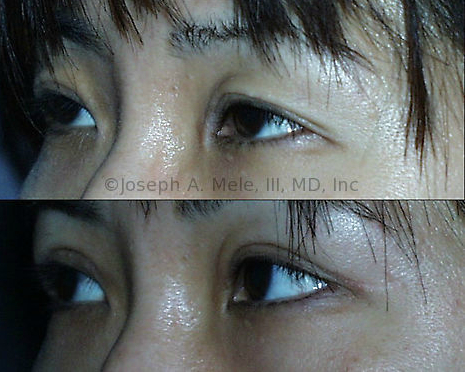 Asian Eyelid Surgery can include refining an ill-defined eyelid crease in addition to removing upper eyelid skin redundancy and lower eyelid bags. The double eyelid before and after pictures above are of one of my patients, and show the improved, yet natural appearing results that are possible with Dr. Millard’s techniques.

It is believed that Double Eyelid Surgery or Asian Blepharoplasty was first introduced in late 19th-century Japan; however, it was during the Korean War that the operation became popular in Asia.

Why Change the Shape of the Eyelid?

There have been many heated debates about what drives us to have plastic surgery. Why double eyelid surgery is performed is no exception. In many Asian Eyelids, the upper eyelid fold, the superior palpebral fold, is absent or poorly formed. This leads to increased fullness of the lid, increased upper eyelid weight from less support for the eyelid fat, increased upper eyelid sagging, more visual obstruction, an epicanthic fold, and according to Dr. Millard, a more stoic expression.

The stereotypical Asian eyelid has a single fold at the bottom. The eyelid skin flows smoothly to the margin of the lid. The Caucasian eyelid is a double eyelid. One above the crease and one below the crease. Or if you rather, one inside and one outside. But like most stereotypes, it is not that simple. Not all Caucasians have well defined eyelid creases, while half of all Asians do. 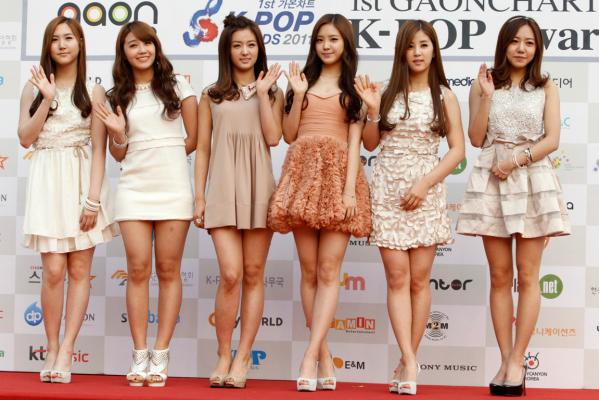 K-Pop is short for Korean Pop, and can mean the performers or the music. Much like in the U.S., K-pop stats exemplify the ideal standard of beauty in South Korea. As the K-Pop phenomenon grows, so too does the Korean plastic surgery industry.

The goal of double eyelid surgery is to form a natural crease that is beautiful. Heavy upper eyelids are not considered attractive, especially for women. Heavy eyelids are more masculine, but also may be a sign of fatigue or inattention. Others respond to us better when we look like we are paying attention to them. Open, alert eyes are a visual cue signaling interest.

Most Asians, like everyone else undergoing eyelid surgery, are looking for improvement. Sometimes it is purely functional, but even then there is also an improvement in appearance. Last year, a million and a half people had double eyelid surgery. This accounts for about 15% of all the cosmetic plastic surgeries performed around the globe.

Back to Dr. Millard. So why is he responsible for the disproportionate number of Plastic Surgeries performed in South Korea well after his time there? Dr. Millard was well known for developing his cleft-lip repair during his time in Korea; however, his other equally groundbreaking work was the advancement and popularization of the double-eyelid surgery. 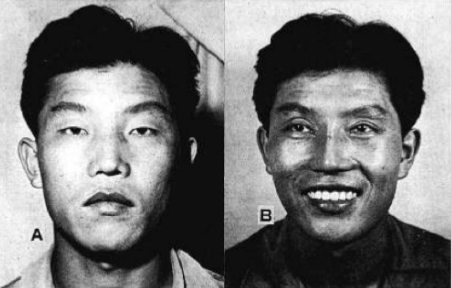 Above are the actual before and after pictures of the Korean translator who approached Dr. Millard. Notice the dramatic changes in the eyelids and nose. Do you think he looks less stoic?

The story goes, during his time in Korea, a Korean translator approached him and asked to be “made into a round-eye.” He felt that because of the closed appearance of his eyes, Americans could not tell what he was thinking and consequently did not trust him. Millard later wrote. “As this was partly true, I consented to do what I could.”

Understand, racial intolerance in the U.S. was greater then than it is now. Although the War Brides Act in 1945 enabled American soldiers stationed overseas to bring home wives of a different race, interracial marriages were illegal in parts of the U.S. until the early 1960s, leading to more distrust and a desire to reduce racial features in order to blend in and avoid conflict. The world has evolved a little, but is still not a perfect place.

Dr. Millard was aware that surgeons in Japan, Hong Kong, and even Korea were already performing double-eyelid procedures for both medical and cosmetic reasons. He was unable to find any publications about the surgery that were written in English, so he devised his own operations.

Dr. Millard decided to raise the nasal bridge and widen the eyes. He transplanted cartilage to the nose for Nasal Augmentation and performed Z-plasties to the inner fold of the eyelid to flatten it and open the inner aspect of the eye opening. He also removed fat resting above the eye and sutured folds of skin to the deeper structures, creating the attachment seen in double eyelids.

The results were pleasing to the translator, and like his cleft lip repair, the techniques are still used today in Korea and throughout the world. The combination of safe, predictable and functional results, aligned with an improved cosmetic appearance has caught-on in Korean pop culture, and Dr. Millard’s techniques seem to have been the catalyst.