Prominent ears can be a source of embarrassment and teasing. Cosmetic Ear Surgery (Otoplasty) includes Ear Pinning to reduce the appearance of prominent ears. Many of my patients are adults who have thought about having the procedure for some time. One of the most common reactions I hear after surgery is, “I wish I had done this sooner.” Otoplasty is a one or two hour procedure that can be performed as an outpatient, and for the right patient, it can make a huge difference. 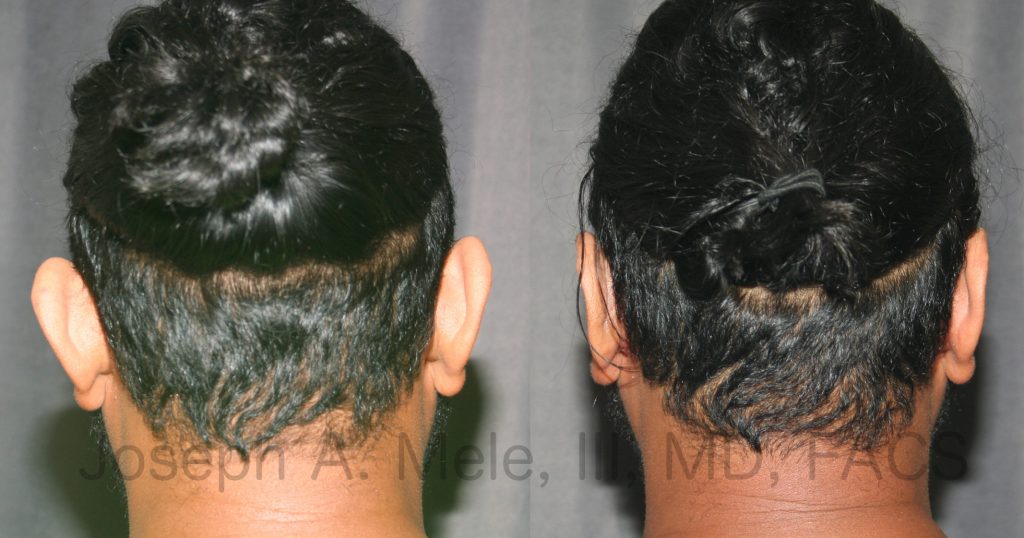 These otoplasty before and after pictures show how prominent ears can be reduced. The entire ear is pinned back. In this case, the upper ear is brought in more than the lower aspect to balance the projection.

The gentleman above waited years before having Cosmetic Ear Surgery. He had prominent ears, which are typically more prominent at the top. He also had asymmetry of his ears with differences in shape, prominence and rotation. Each area was addresses and improved with his Otoplasty, making him one happy patient.

This video segment is from the San Francisco Bay Area’s News Station, KRON 4’s, Body Beautiful with Dr. Joseph Mele. The Otoplasty Video reviews the techniques, recovery and procedure of Otoplasty, and illustrates the results with Otoplasty Before and After Pictures.

There are two peaks in the age of Otoplasty patients. Young adults are the most common, but a significant number of children undergo Otoplasty also. It is one of the most common cosmetic plastic surgery procedures performed for children in my Walnut Creek Plastic Surgery Clinic, and in general. It is important to wait until at least age 5, for the ear to grow to near its adult size before proceeding. 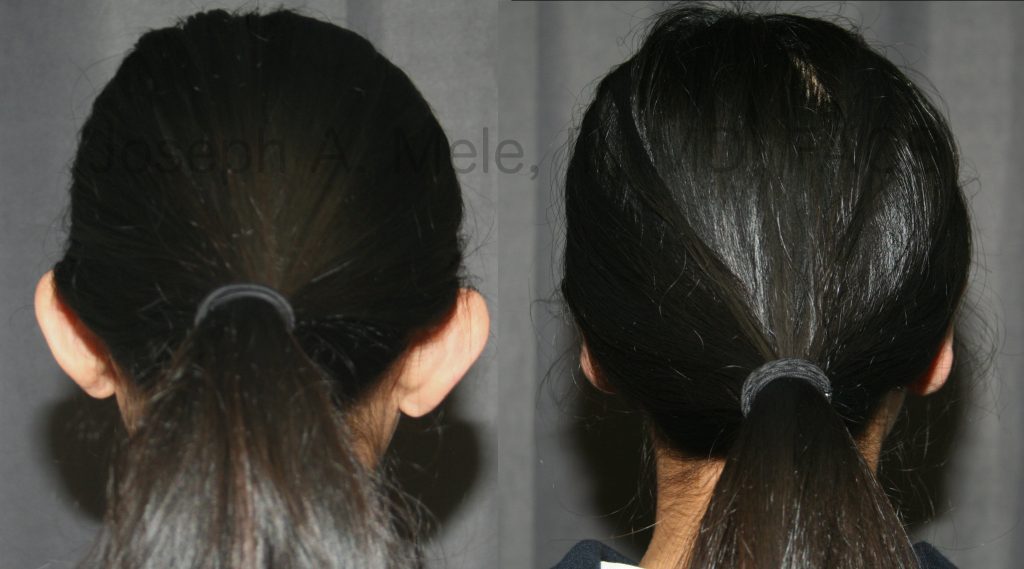 Prominent ears are something we are born with. Ear pinning, or Otoplasty, is deferred until age 5, because at 5 -years-old, the ear is 85% of the adult size.

The patient above has the advantage of long hair to cover her ears; however, her ears gave her trouble when she wanted to wear her hair up. This is a common problem for young athletes in particular. After her ear pinning, she could return to playing sports with confidence.

Once healed, the ear does not require any special treatment, and recovery from surgery is just a few weeks. A head dressing is worn for the first week, and then a sweatband is worn at night for a few months, to keep the ears from folding forward while sleeping. Once the initial dressing is removed, no dressing is needed while awake.

If you are considering Otoplasty for yourself or your child, be certain to consult with a Board Certified Plastic Surgeon in your area for detailed and specific advice. In the greater San Francisco Bay Area, call (925) 943-6353 and schedule a private consultation appointment, tailored to your needs.