Update: The French Supreme Court has issued an injunction against the decree listed below. The court found inconsistencies siting the broad range of exclusion which included some devices previously CE and FDA approved. For now the baby and the bathwater are safe. 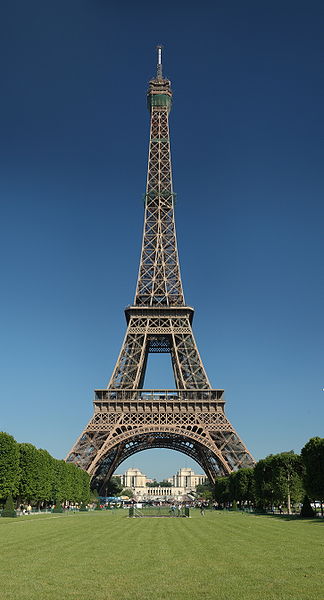 France, the birthplace of Mesotherapy, has banned the practice. Fifty years after inventing Mesotherapy, France has now made it illegal. The French government has made Mesotherapy, Carboxytherapy and Laser Fat Reduction treatments illegal because they pose a “serious danger to human health.” In fact, all non-invasive of fat treatments (ultrasound, lasers, infrareds, radiofrequency) have been banned.

Originally published on April 12, 2011, and effective June 13, 2011, the Ministry of Work, Employment and Health, Decree N° 2011-382, prohibits mesotherapy and most other forms of aesthetic lipolysis (fat destruction). This ban includes many of the methods of fat removal currently marketed in the United States as safe, cheap alternatives to liposuction.

It is important to note that the ban does not include Liposuction. Liposuction remains the most predictable and most effective means of liposculpture. Unlike weight loss, Liposuction can selectively remove specific deposits of fat, and works best if you are maintaining a weight near your ideal.

Mesotherapy – A Serious Danger to Your Health

The notice from the French High Authority of Health prohibits specific techniques of aesthetic lipolysis (destruction of body fat cells) presenting a serious danger. It also bans techniques using appliances for external application (ultrasound, lasers, infrareds, radiofrequency) presenting a suspicion of a serious danger for human health. The full decree translated to English is printed below, with a link to the original French.

The decree is in agreement with the advice given to its members by the American Society for Aesthetic Plastic Surgery (ASAPS) and the American Society of Plastic Surgeons (ASPS) task forces on mesotherapy. Both plastic surgery societies do not recommend their members use such methods as they remain unproven. The statement can be viewed on the ASPS website under Technology Briefs – Lipodissolve and Mesotherapy (Injection Lipolysis). Some of the devices included in the ban have previously been CE approved, so that will need to be sorted out by the courts.

How to Get Rid of Excess Fat

If you are near your ideal weight, and have stubborn disproportionate areas of fat that will not go away, liposuction can safely and effectively reshape your body. If you are significantly overweight, the safest method of weight loss remains a proper diet and regular exercise. Weight is likely to return after liposuction if not combined changes to your lifestyle to maintain the lower weight. If significantly overweight, liposuction is about as effective as a crash diet — once off the diet, the weight returns. If you are mobidly obese, bariatric surgery may be a viable option.

Stay tuned, this week I appeared on KRON4’s Body Beautiful with Vicki Liviakis and discussed liposuction. San Francisco Bay Area plastic surgery patients were able to call in and have their questions answered. In the coming weeks, I will post the liposuction videos here, on the San Francisco Plastic Surgery Blog. If you are interested and would like to take a trip to Walnut Creek, Liposuction consultations are available in my Walnut Creek Plastic Surgery office. Call (925) 943-6353 or use the contact form to the left if you have questions or would like to schedule your private cosmetic surgery consultation.