Blepharoplasty, aka the Eyelid Lift, is always at the head of the popularity class. Last Friday alone, I performed four blepharoplasties which included both men and women. Eyelid Rejuvenation remains popular because it is a short, outpatient surgical procedure with a high degree of satisfaction and an immediate impact.

Heavy upper eyelids make us appear tired, disinterested or even angry. They also make wearing eye makeup impossible, because when the eyelid skin sags down to the lashes it smudges your look with every blink. Lower eyelids bags also make us look tired, and a lower Blepharoplasty smooths out the lids, and restores a youthful, rested appearance.

Excess upper eyelid skin shadows and hides the eyes. The weight of excess eyelid skin can weight the lids down. This patient has spectacular eyes, but the color is hard to see in the shadowed before pictures. 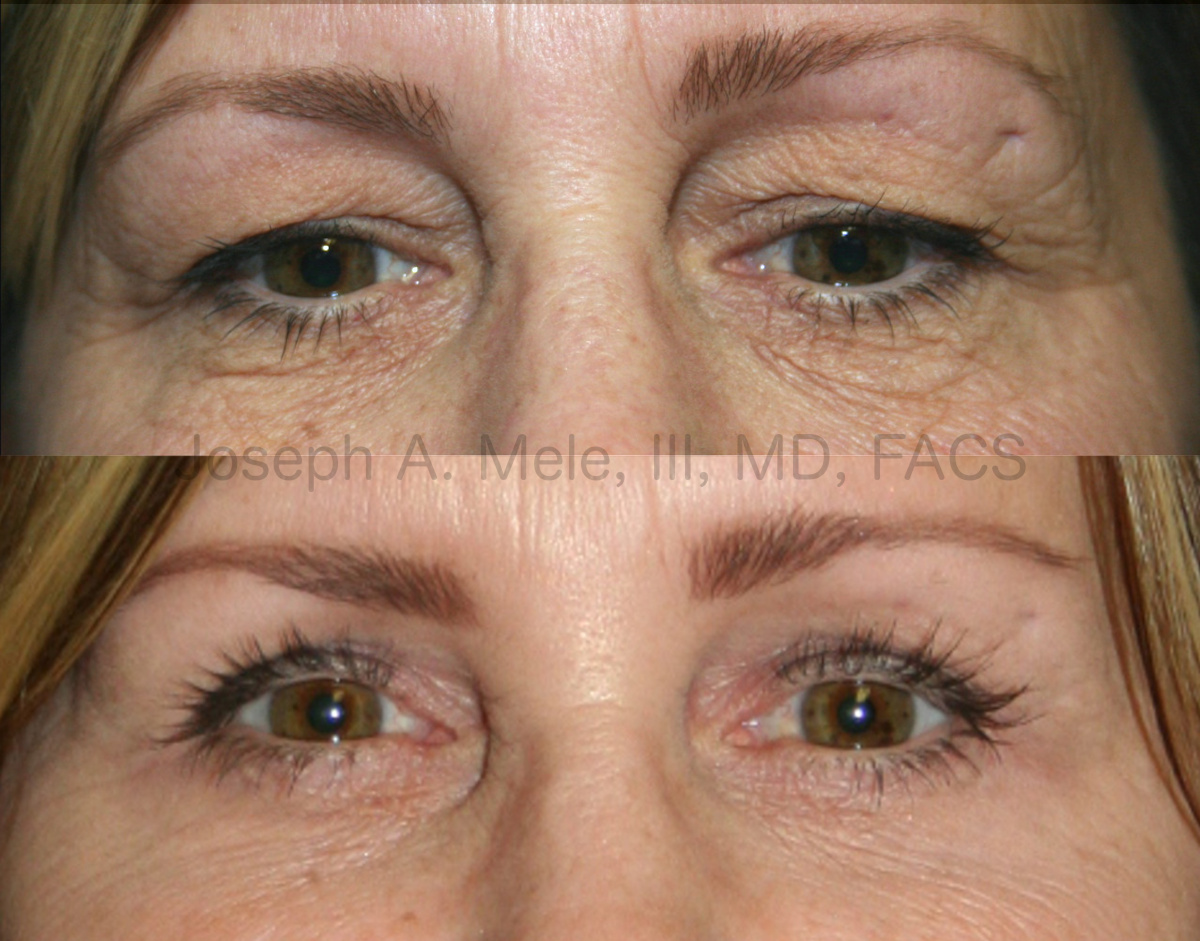 A “tired appearance” is the number one reason patients seek eyelid lifts. A close second is the desire to wear eye makeup. After Quad Blepharoplasty, the upper eyelids no longer scrub her eye makeup off, and her lower eyelid bags have been unpacked and smoothed. She looks rested, alert and happier.

Once the upper eyelid is lifted, the color and pattern of the iris is revealed. She looks more attentive and less tired. The lower eyelids were also addressed with the removal of excess fat and tightening of the eyelid skin.

Lower eyelid fullness is the second most common reason for Blepharoplasty. Overly full lower eyelids cause bagging of the lower eyelids with shadowing beneath it. It is visible even with the camera flash coming from in front. Lighting from above accentuates the contour in an even more unflattering way. 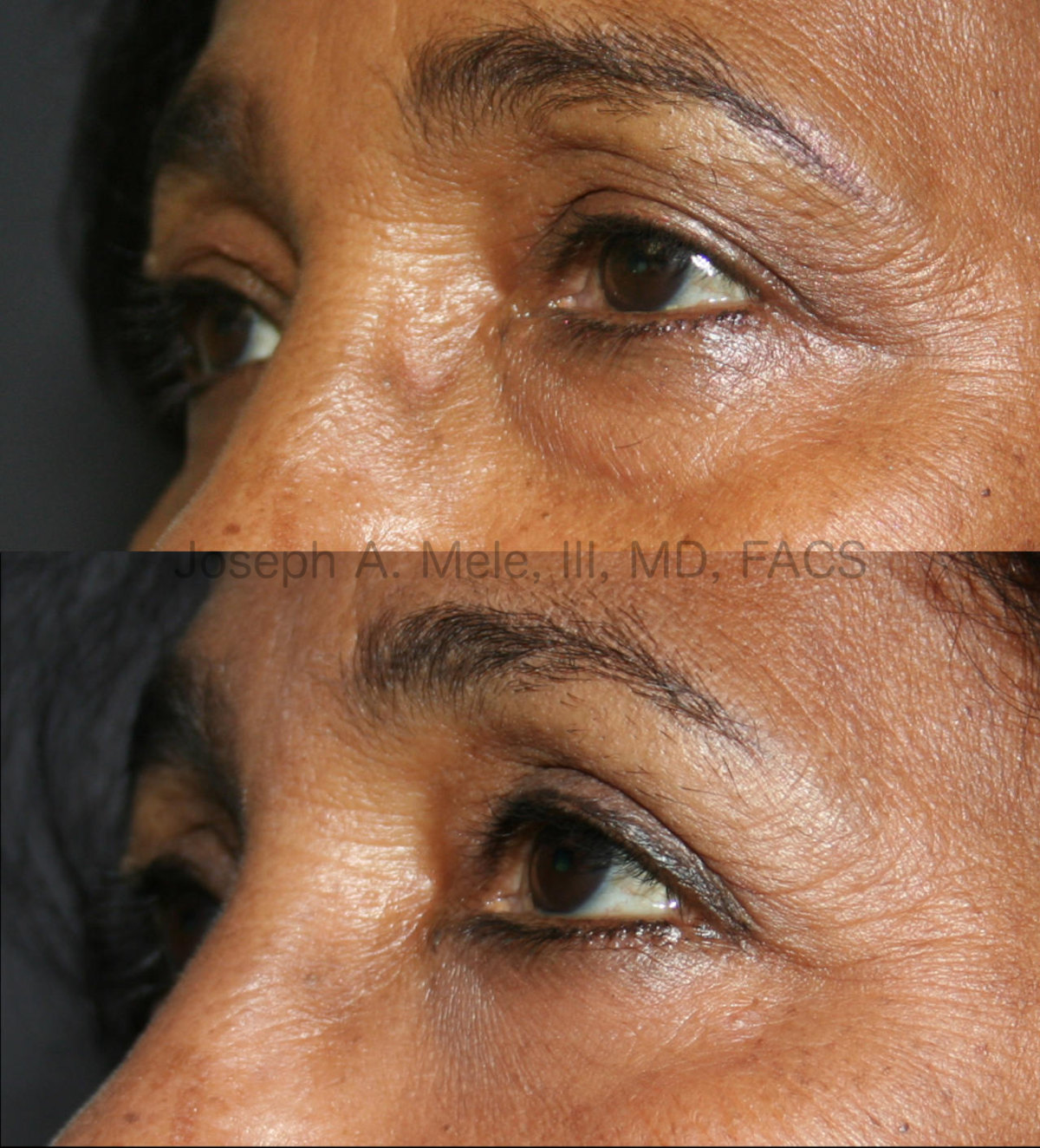 The eyelids often age together. In these blepharoplasty before and after pictures you can see excess skin removed from upper eyelids and bags removed from the lower eyelids. The result is a more awake and alert appearance.

In the above Quad Blepharoplasty all four lids were operated. The upper eyelids were cleaned up, and the lower eyelid bags unpacked by removing the excess skin and fat. The result is a more youthful and rested appearance, but most importantly a happy patient.

Asian Eyelid Surgery differs slightly from the typical caucasian eyelid lift. The difference is based on the differences in anatomy, the most prominent being the lack of a well defined palpebral fold, which allows the upper eyelid’s fat to slide further down inside the eyelid. 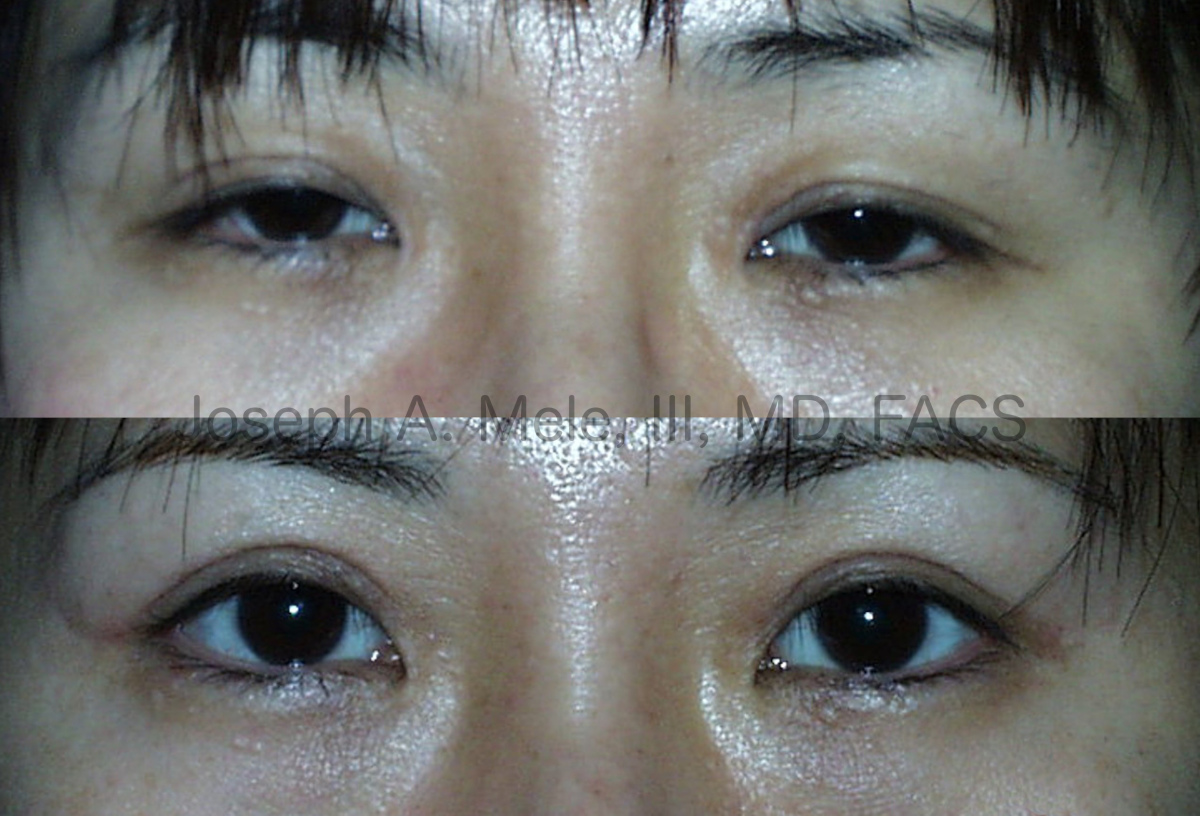 Double eyelid surgery is used for Asian Eyelids when a crisp palpebral fold is desired. After Asian Blepharoplasty, the eyes are more open, the eyelid crease is crisp, raised and well defined.

The before and after Asian eyelid surgery pictures above show the increased opening of the eyelids and the improved definition of the eyelid crease after surgery. The asymmetry seen before surgery is improved; however, the epicanthal fold is not disrupted by the blepharoplasty procedure.

When considering Cosmetic Eyelid Surgery, it is important to choose an experienced and Board Certified Plastic Surgeon. In the San Francisco Bay Area call (925) 943-6353 and schedule a private, informative consultation appointment tailored to your personal needs.