Ear Pinning, or Otoplasty, is the most frequently requested Cosmetic Ear Surgery. The relatively fast and very satisfying outpatient procedure is sought by my patients to reduce the appearance of their prominent ears.

Otoplasty Before and After Photos 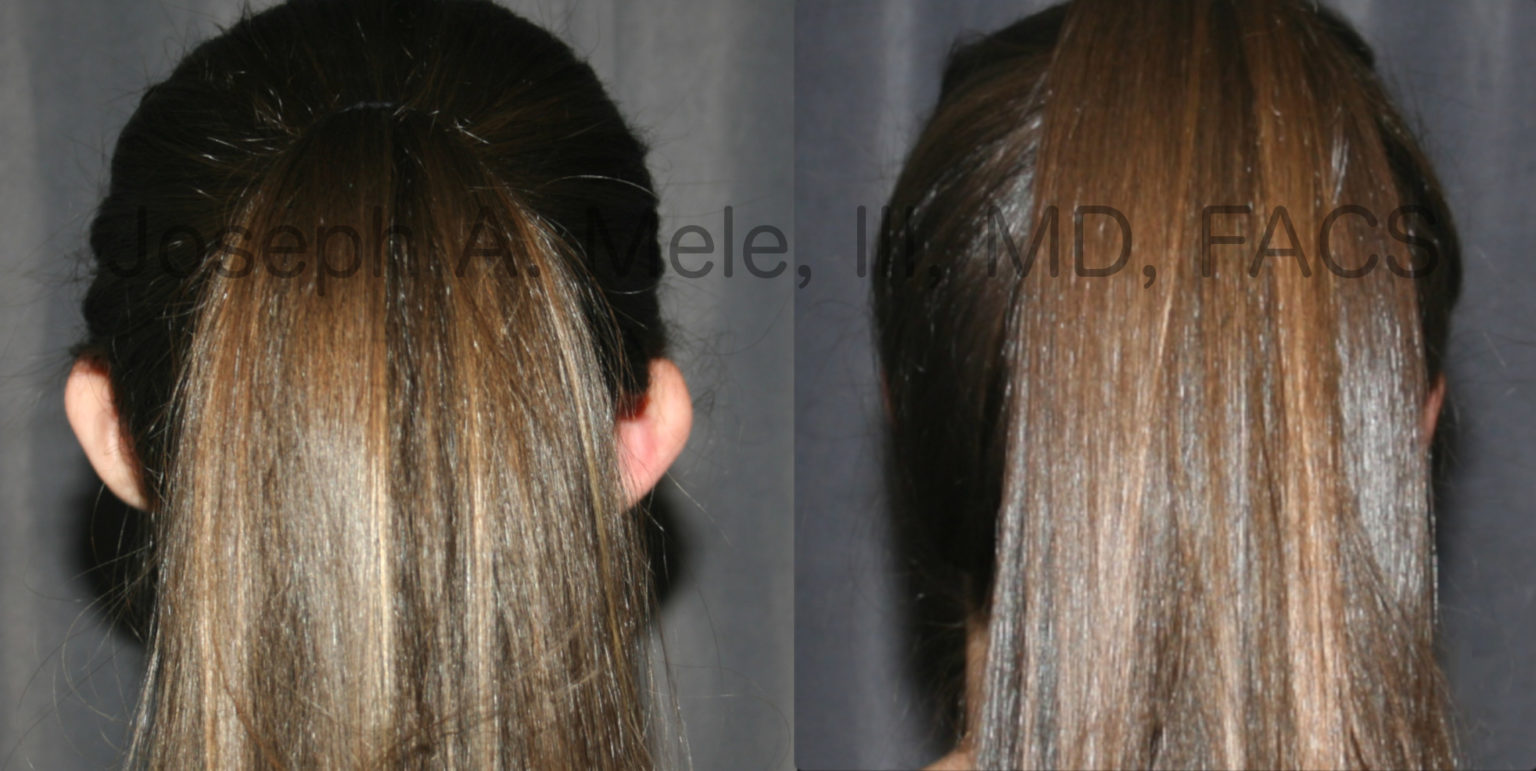 Otoplasty before and after pictures – Ear pinning was performed to correct this young woman’s prominent ears. Now she can confidently wear her hair in different styles.

Otoplasty encompasses many procedures, but the most common by far is ear pinning. As shown in the Ear Pinning Before and After Photos above, ears that stick straight out preoperatively are folded or “pinned” back closer to the side of the head. This less prominent position reduces their apparent size, and allows this young lady to comfortably wear her hair up. Her ponytail is in the same position in these before and after pictures, but postoperatively, her ears are much less obvious and no longer the focus of attention. 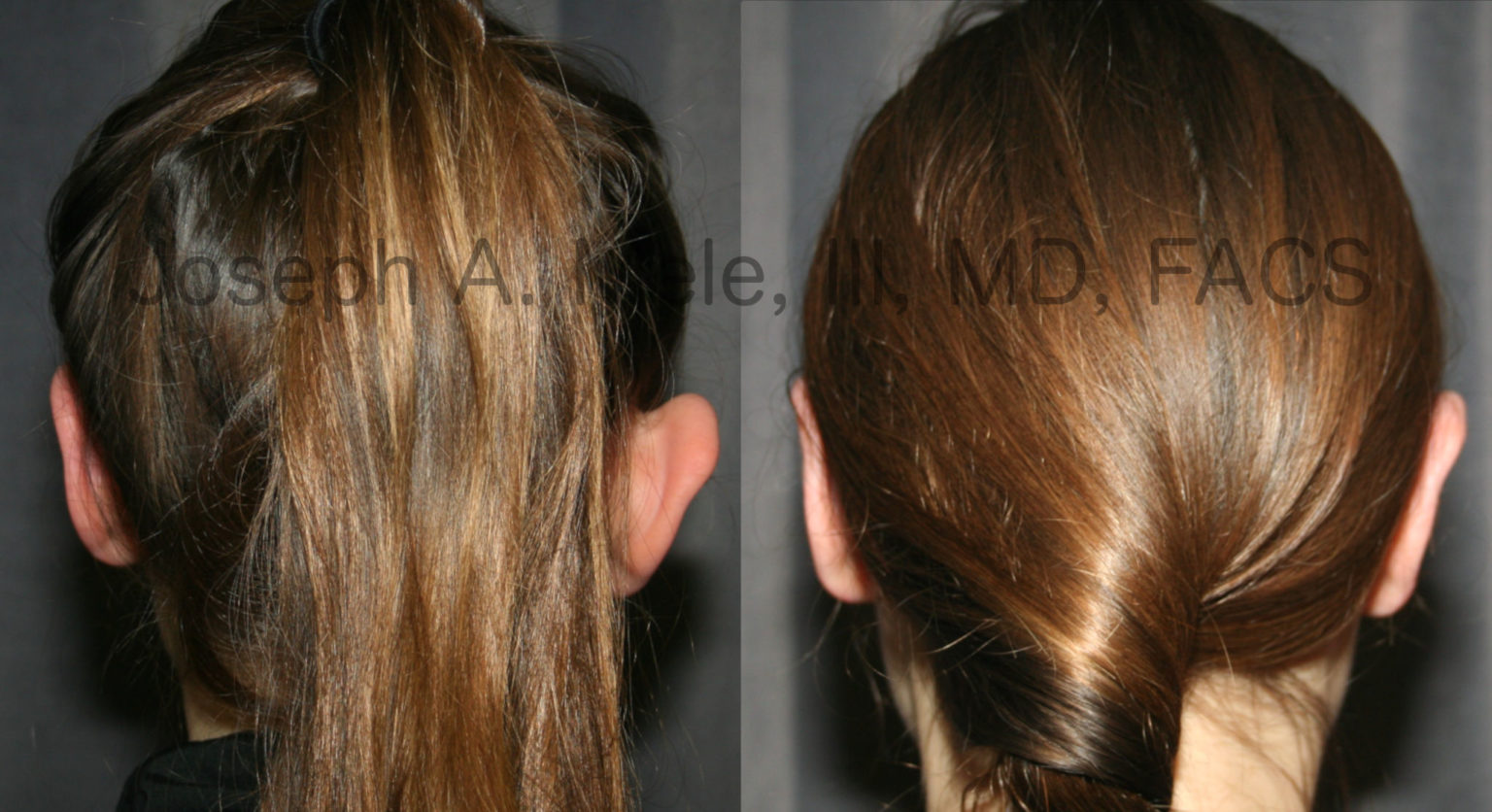 Otoplasty before and after pictures – The patient above complained about asymmetrically prominent ears. Her left ear stuck out significantly more than her right ear. Otoplasty was performed to bring the ears back and provide her with improved symmetry.

As with most paired body parts, asymmetry is normal. The ears are no exception; however, sometimes one ear is significantly more prominent than the other. In the case above, both ears are prominent; however, the patient’s left ear sticks out much further, and it is tilted downward. It was a distraction from her otherwise beautiful face, and it made her feel unnecessarily self conscious. Additionally, the appearance of her ears prevented her from wearing her hair up, even in hot weather and during physical activity.

Otoplasty can be tailored to each patient’s wishes. The ears can be brought back as much or as little as desired. In cases of asymmetry when only one ear is prominent, sometimes, only the affected ear needs surgery.

Otoplasty before and after photos – Ear Pinning for Men is a common cosmetic plastic surgery. In the above case, the ears were very prominent and had uniquely different shapes, providing additional challenges. After ear pinning, the ears are less prominent and more similar in shape.

In the above case, this young man was bothered by the appearance of his ears for as long as could remember. As an adult, he came to my Walnut Creek Plastic Surgery office with the goal of ear correction. Postoperatively, his ears are markedly less prominent and more symmetrical, providing him with a huge boost in self-confidence.

A Board Certified Plastic Surgeon is your best choice when considering cosmetic ear surgery. In the San Francisco Bay Area call (925) 943-6353 and schedule your Private Otoplasty Consultation. Our friendly staff will assist you in scheduling an appointment that is convenient for you. During your appointment, treatment options will be discussed in detail so that you can decide if Otoplasty is the right procedure for you.