Last week we discussed Nasal Implants, but the most common implants used for facial augmentation are Chin Implants followed by Cheek Implants. So this week we focus on Chin Augmentation.

Small Chins are weak chins. When the chin is significantly behind the front of the lips, it gives a weak appearance. A stereotypical masculine chin projects to the level of the lips, while a feminine chin is slightly behind; however, these generalizations serve only as a guide. The entire face needs to be taken into account when evaluating the amount of Chin Augmentation that will provide optimal enhancement.

Chin Augmentation Before and After Pictures

Below are before and after photos of a patient who was unhappy with her facial profile. She felt her chin was too small and the angle of her neck was indistinct. After an in-person consultation and computer simulation, a plan was created specifically to address her needs.

Before and After Chin Augmentation with a Chin Implant to add projection and Neck Liposuction to clean up the area under the chin. The two procedures are complimentary.

In this case, a Chin Implant was used to match the projection of the chin with her lips, and Liposuction was used to sculpt the neck. The result is facial harmony and a more attractive and balanced face, chin and neck.

Men Get Chin Implants Too

The next case shows a patient who wanted a “stronger” chin. Prior to surgery, he used facial hair to enhance his chin and disguise the fact that his chin (and lower lip) were behind his facial profile. 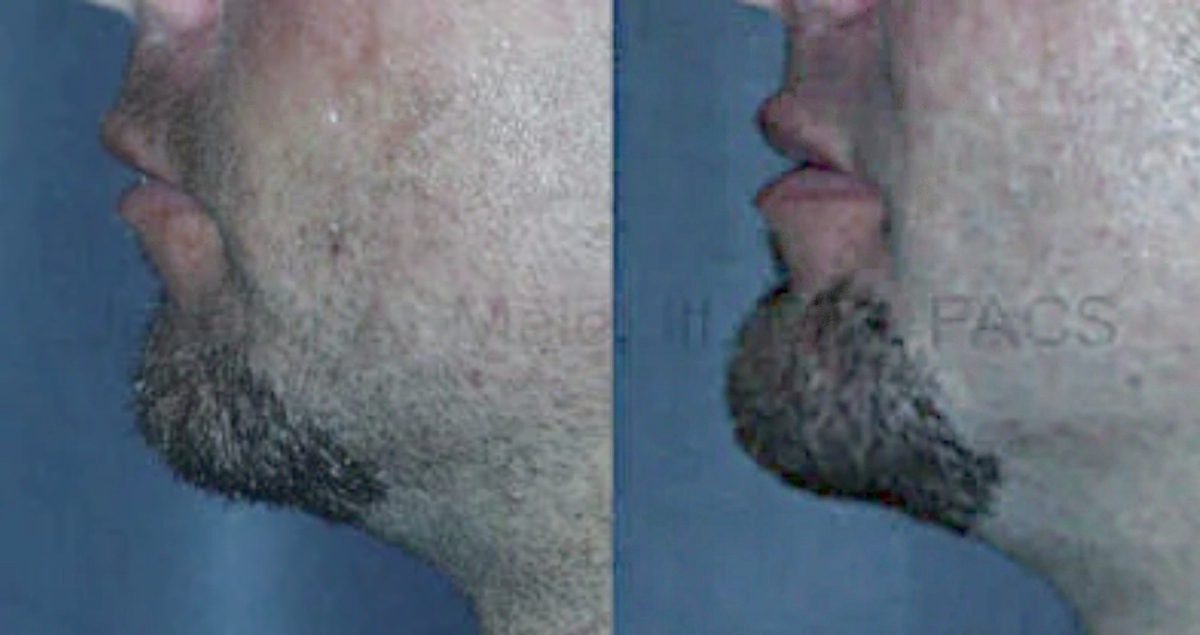 In this case, a Chin Implant provides lower lip and chin projection and a more masculine profile.

A Chin Implant was placed to enhance chin progression. The additional support also allows the lower lip to move forward. Implants can be placed via a small incision beneath the chin or inside the mouth. There are advantages and disadvantages to both, so be sure to discuss incision placement with your board certified plastic surgeon during your consultation.

Chin Augmentation is a very personal choice. The overall enhancement is individualized, depending on your facial anatomy and recognized aesthetic ratios. Computer simulation may help with the overall look desired.

In the San Francisco Bay Area call (925) 943-6353 for a private consultation appointment in our Walnut Creek Plastic Surgery office.