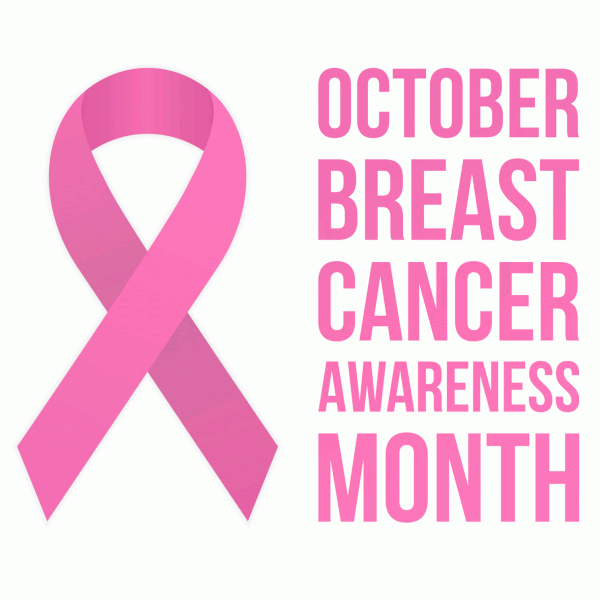 October is Breast Cancer Awareness month, so check your breasts and follow-up with your healthcare provider for any abnormalities. Men get breast cancer too, so everyone needs to check. Getting started is simple and painless.

October is Breast Cancer Awareness Month. We all, women and men alike, need to take a few minutes to take care of ourselves. We have all heard the sound bites. One in eight women get breast cancer, and only 20% have a family history of breast cancer.

Breast Cancer in Men is rare. One in 1000 men will develop breast cancer, and less than 1% of all breast cancer cases develop in men. This may be because men have fewer breast cells and lower estrogen levels. On the other hand, early detection in men, while somewhat easier, is even more important than for women. Smaller breasts mean that the cancer cells can escape the breast faster and invade locally more quickly, especially when treatment is delayed by assuming men don’t get breast cancer.

According to the American Cancer Society, there will be about 3000 new cases of invasive breast cancer in men in the U.S. this year and about 500 men will die from the disease, and black men tend to have a worse prognosis.

The most common presentation of Breast Cancer in men is a hard, painless lump underneath the nipple and areola. The lump can be fixed and it may be hard to determine the edges as the cancer invades the surrounding normal tissues. For 67-year-old Mathew Knowles, perhaps know better as Solange and Beyonce’s father, the first indication that something was wrong was when he and his wife noticed small dots of blood on his shirts and bedsheets. 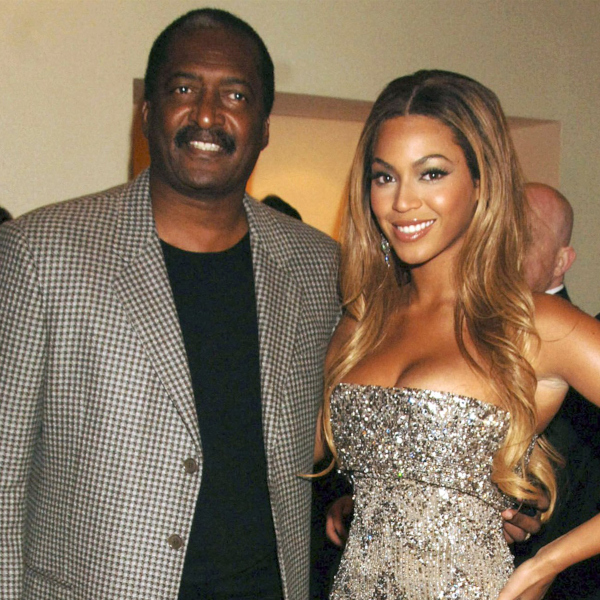 Mister Knowles was on Good Morning America last Wednesday with host Michael Strahan, sharing his experiences and encouraging men and women to do their breast self-exams and get tested promptly. He had surgery at the end of July, and in his words is doing “really good.”

“I’m hoping by me coming here today, speaking out, letting folks know that you can survive this. But it has to be early detection. And I can’t overemphasize the word early,” he said. Well done Beyonce’s dad. Well done.

Although treatment outcomes are very similar to women at the same stage of detection, a man diagnosed with breast cancer should also consider seeing a genetics counselor for a consultation. If a man tests positive for a defective gene like BRCA1 or BRCA2, it can lead to a future diagnosis of breast cancer and his children have a 50% chance of carrying the gene. These statistics come from the National Breast Cancer Foundation. 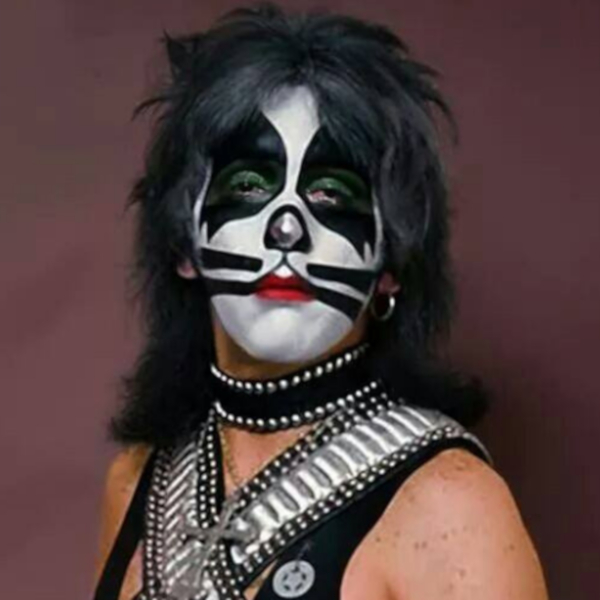 KISS drummer Peter Criss is an outspoken advocate for male breast cancer awareness. In his words, “You don’t need boobs to get breast cancer.”

Peter Criss found a lump in his left breast after a workout in 2007. The legendary KISS drummer survives after successful treatment, and he remains an outspoken advocate for male breast cancer awareness.

Macho Men Get Breast Cancer Too

Richard Roundtree, the actor and model, exploded onto the big screen in 1971 as John Shaft, an action hero who took no guff. As an actor, Richard Roundtree’s Shaft is as macho as a man can be. He was diagnosed with breast cancer in 1993 and underwent a double mastectomy and chemotherapy. I am happy to report that he is alive and well at age 77. Early detection and treatment are key. I can dig it!. 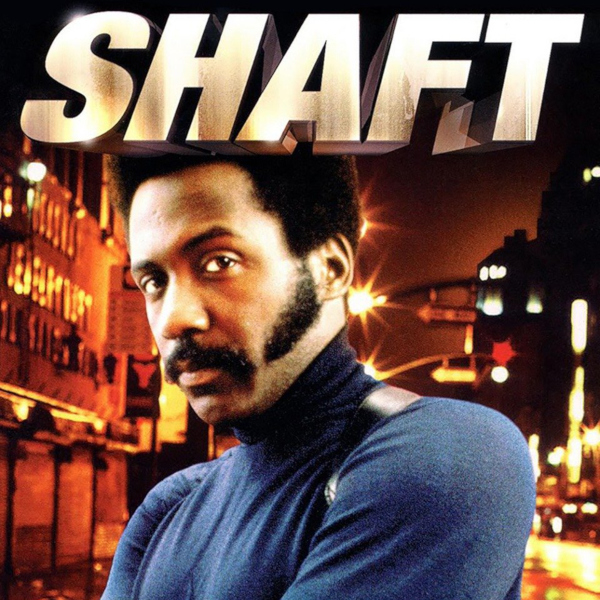 Richard Roundtree was diagnosed with breast cancer in 1993 and underwent a double mastectomy and chemotherapy, and is alive and well at 77. According to the theme song, “Who’s the cat that won’t cop out when there’s danger all about?” Can ya dig it?

Rod Roddy, Come On Down

You may not recognize the name, but if you are old enough to remember Bob Barker on the Price is Right, you will remember Rod’s voice. As the hyper-energetic off-stage announcer he would call out an audience member’s name followed by one of the most iconic catchphrases to grace daytime game shows, “Come on down! You’re the next contestant on the Price is Right!” Even though the “Come on down,” was first uttered by Johnny Olson, Rod Roddy belted it out for 17 years, longer than any other announcer. The Price is Right announcer Rod Roddy had both breast and colon cancer during his lifetime.

Breast cancer and colon cancer can travel together. On September 11, 2001, Mr. Roddy was diagnosed with colon cancer, and in 2002 had a recurrence. In March of 2003, he was diagnosed with Breast Cancer. In the last few years of his life, he became a spokesperson for early detection of cancer. In an interview with CBS, he said, “I could have prevented all this with a colonoscopy, and of course, that’s the campaign I’ve been on since I had the first surgery. To everybody out there, get a mammogram! It can happen to men, too.”

Edward William Brooke III was an American Republican politician. In 1966, he became the first African American popularly elected to the United States Senate, and he represented Massachusetts in the Senate for 12 years, from 1967 to 1979. In September 2002, he was diagnosed with breast cancer and assumed a national role in raising awareness of the disease among men. 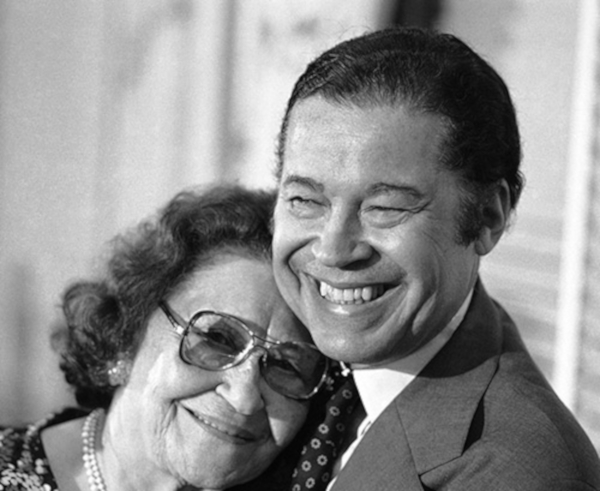 In 1966, Edward Brooke became the first African-American elected to the US Senate. He is seen here with his mother after receiving the 1978 Man of the Year Award. In September of 2002, Senator Brooke was diagnosed with breast cancer. (AP)

Brooke experienced pain under his right nipple. Most breast cancer is painless, but pain harder to ignore than a lump. His first thought was that he had pulled a muscle from gardening, but it was more serious. It was breast cancer. He underwent a double mastectomy, and remained cancer free until his death in January 2015 at age 95.

You Better Check Yourself…

There are expected to be about 3000 new cases of male breast cancer diagnosed this year. For women it is closer to 300,000 cases, and, an estimated 42,000 women will die from breast cancer in the U.S.. The good news is that 62% of breast cancer cases are diagnosed early when they are still localized. In localized cases, the 5-year survival rate is 99%.

I tell all my patients, “If something doesn’t seem right; it might be wrong. Call me.” Early detection and intervention is key for all medical issues. It allows more options for treatment and better outcomes. There is little downside. If there’s nothing wrong, you wasted a little time to find out that you are alright, plus you get peace of mind. On the other hand, if you have a problem, treatment can begin. All breast lumps and bumps need to be evaluated by your physician in a timely fashion, so if you have a lump in your breast, contact your physician today.