It’s award season. In case you missed it, the Golden Globe Awards were on last night. After a two month delay due to the COVID-19 pandemic, Hollywood kicked off awards season. I was pulling for Kaley Cuoco, “The Flight Attendant”, but can’t be mad at the winner: Catherine O’Hara, “Schitt’s Creek,” receiving her first Golden Globe. 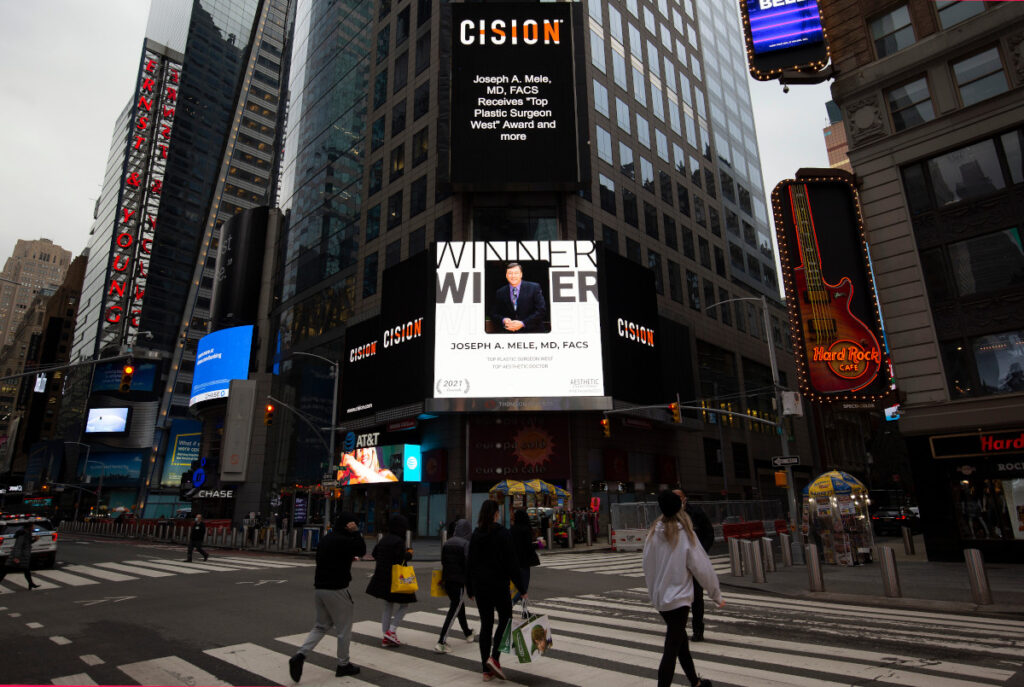 Next week, I will get back to discussing procedures, but this week there is one more award to mention: The 2021 Top Plastic Surgeon West Award.

This award is for my relatives in New York. My grandparents and their families immigrated to the US through Ellis Island. My father’s parents came from Southern Italy (Amalfi Coast to Calabria) and Ireland (Galway), while my mother’s parents were Sicilian (Agrigento). None of them had it easy, but they worked hard and they made a life for their families in their new country.

As a kid, I remember sliding in along the wall on the far side of grandma’s table for Sunday supper. Only we little grandchildren could fit. I was the oldest, and all together, there were eight of us little ones. The dining room was barely large enough for the table, never mind my aunts, uncles and cousins, but we managed it. Grandma’s kitchen was even smaller, and no one was allowed (or could fit) in while grandma was cooking. The quantity and quality of food that came out of that tiny space was amazing. 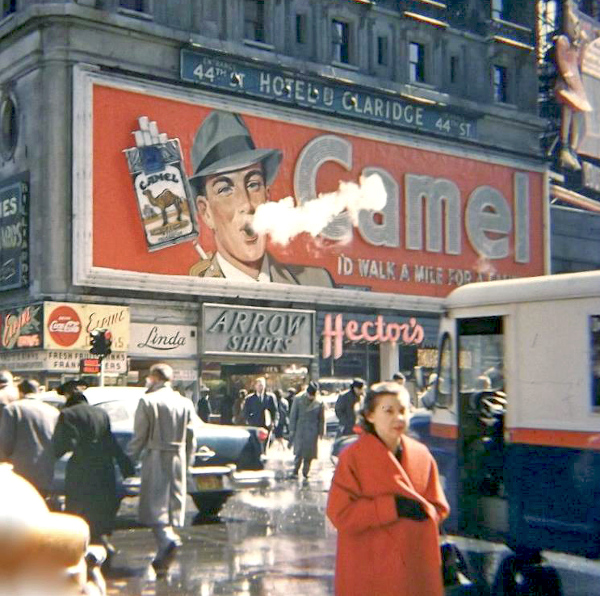 Blowing smoke, fun for kids to watch, not so much to do.

My dad took me to Times Square when I was young. I remember watching the Camel billboard blow smoke rings. These are the same unfiltered Camels that helped my grandfather pass when I was five. Mechanically, the billboard was cool, but I have never thought that cigarettes were cool. My grandfather was much cooler.

Times Square wasn’t as cool back in the 60’s either. It was not family friendly. There were no Disney or M&M stores. As a kid, I preferred climbing the rocks in Central Park.

Then along came the Aesthetic Everything Awards. The national award was up in lights right on Times Square. I wish I could have seen it in person, but the photo below will have to do. 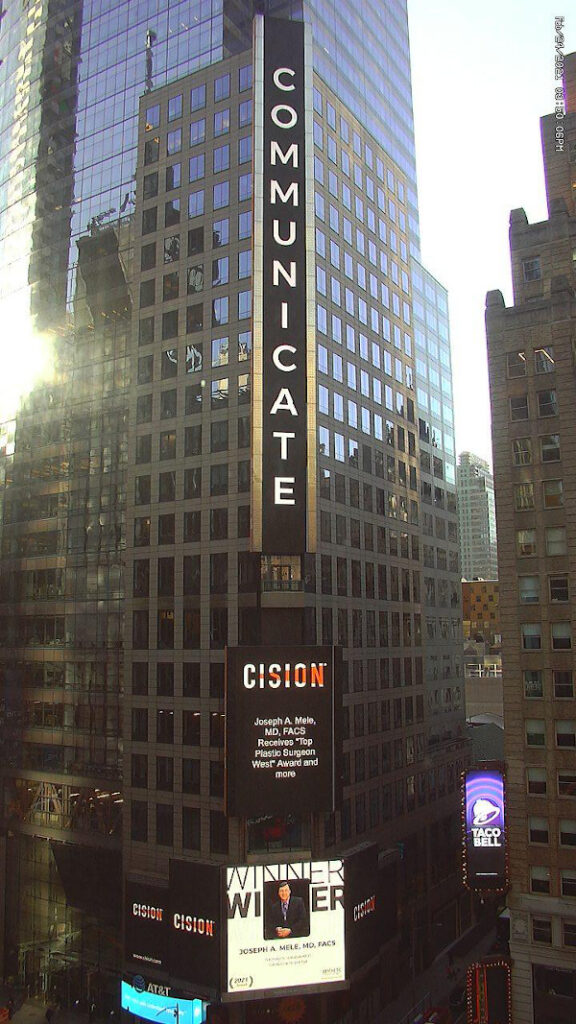 Times Square February 24th, 2021, looks a lot different today, and I never thought I would see my name up in lights in this iconic, memory filled place.

I am humbled to receive the honor, but there is an expression in plastic surgery. You are only as good as your last case, so there is no resting on one’s laurels.

If you are considering cosmetic plastic surgery in the San Francisco Bay Area call (925) 943-6353. My staff and I will do our best to answer you questions and provide award winning service.