Like most SF Bay Area Plastic Surgeons, I like to keep “abreast” of the latest Plastic Surgery News. An article on AOL this morning caught my eye. Apparently, the evil empire (Microsoft) has been researching how best to build a wireless bra. No, I am not talking about removing the underwire. I’m talking a bra with sensors and wifi built in, a Smart Bra if you will. Apple, if you’re reading this, you might want obtain the rights to the name iBra; however, the International Barrel Racing Association (IBRA) may have beat you to it. 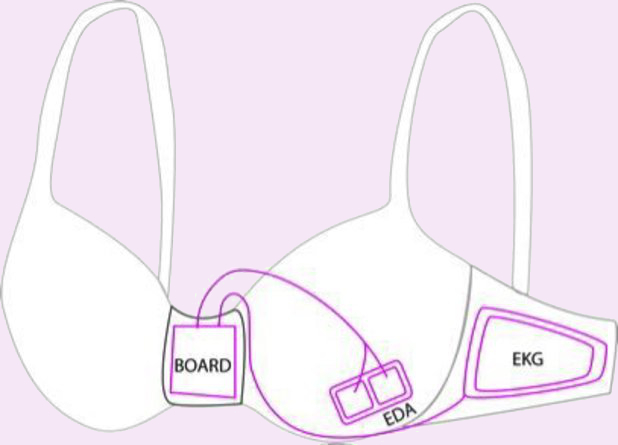 What Can You Do With A Smart Bra?

It doesn’t work with your Xbox, not even this year’s Xbox One, and I wish it could read a woman’s mind and tell me the exact prefect size she has in mind before Breast Augmentation. Instead, Microsoft’s Smart Bra has sensors built in to monitor heart rate, respiration, skin conductance and movement, with the goal of identifying when you are stressed. It broadcasts the results to your smartphone, and communicates the data to an app designed to prevent stress-driven overeating.

Can Your Bra Prevent You From Overeating?

When I saw the headlines of the AOL article, I thought the bra was sensing physical stress, the stretching the bra experiences after weight gain, but the goal here is prevention. By monitoring vital signs, the Smart Bra App can help identify situations that lead to overeating, and offer suggestions. The suggestion could range from early identification to intervention by providing healthy alternative activities for dealing with stress.

The Union of Bras and Overeating Prevention

There is some logic to this combination, as stress overeating is more common in women. Smart Bras are one of the first prototypes for Affective Computing. Affective Computing is the use of computers to sense and respond to our moods, and it may soon have a role in all sorts of behavior modification technology.

Smart Bra’s in the News

The Smart Bra has received news recently with the release of a research paper entitled, “Food and Mood: Just-in-Time Support for Emotional Eating.” But according to the Seattle Times, Microsoft has back shelved the idea. The primary reason sited, was not interference caused by Breast Implants, but the short three- to four-hour battery life.

According to Discovery News, Microsoft admitted that they had designed a male, Smart Underpants version; however, the sensors were located too far away from the heart to work reliably. This is probably for the best. While Smart Underpants would surely be more universal, my gut tells me they would be even less universally accepted. No one wants their underwear hacked, and imagine having to change those batteries every three to four hours….