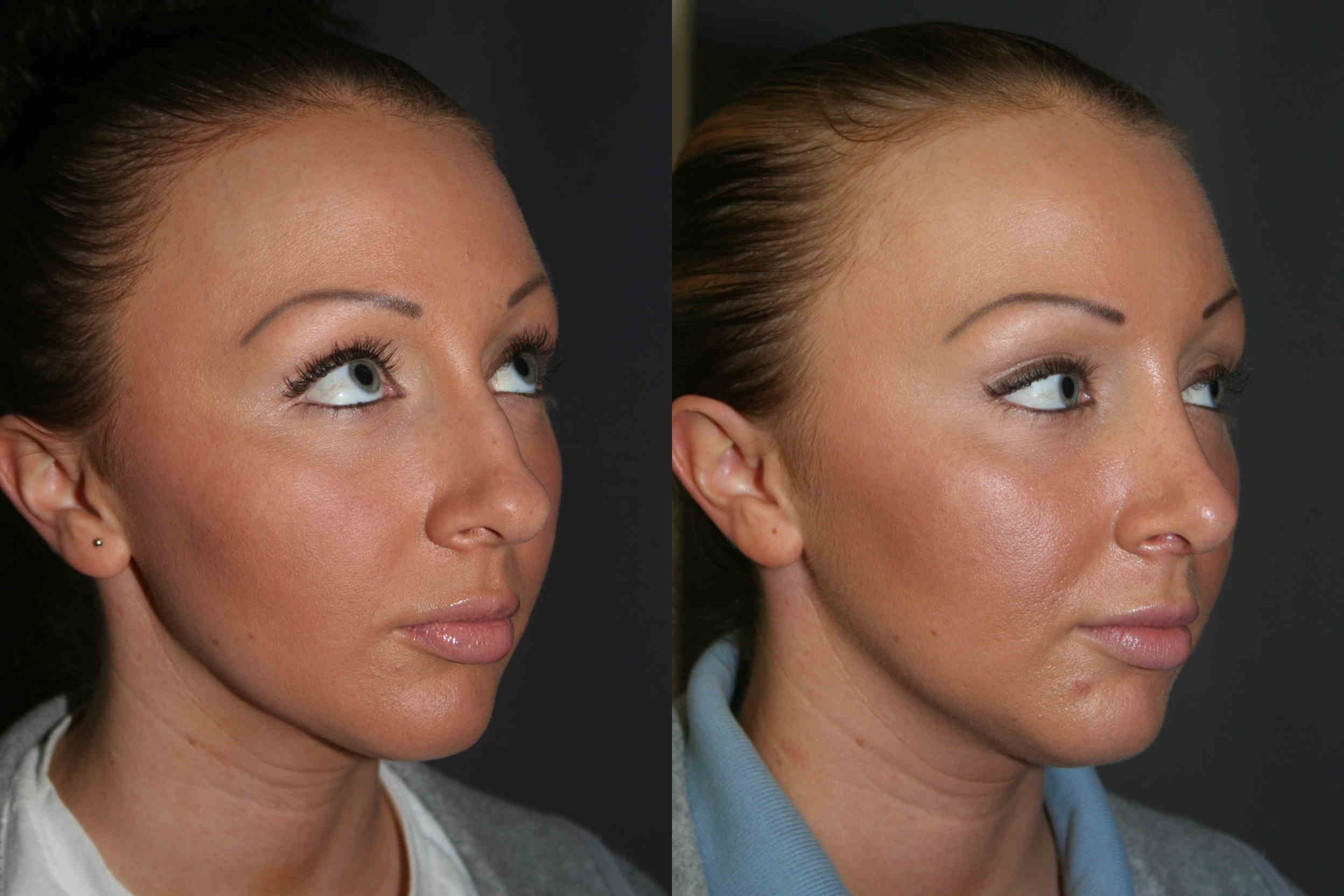 Rhinoplasty was performed to remove the dorsal hump and refine a boxy tip.

With the advent of Computer Imaging, the ability to communicate what can (and can’t) be done to the nose has been greatly enhanced. Polaroid film and hand sketches have been replaced with digital images that can be modified directly on the computer screen. While limitations remain, computer imaging transforms the consultation, and the flow of information, in both directions.

Computer Imaging enhances my ability to both glean what my patients are seeking, and relay what I am hearing back visually, as a picture. While computer simulation cannot be a guarantee of results, improved explanations, and resulting expectations, make the process and outcome more predictable. Since it is your picture, it is easier to see what changes will look like on your face, rather than looking at someone else’s before and after pictures.

Getting Rid Of The Bump On The Nose

One of the most common nasal deformities (for lack of a better word) that I fix is the Dorsal Hump. A dorsal hump is the bump on the nose, best seen in profile. It is often a part of one’s ethnicity, and how much modification is desired becomes critical. Computer imaging allows us to try out several approaches:

While these words may give you an idea of what the approaches are, modified pictures showing your nose with a smaller bump, a straight nasal profile or a slight scoop, makes the planned outcome much more tangible.

Refining The Tip Of The Nose

Computer Imaging of the Nose works well for tip modification also. The width, height and projection of the nasal tip can be modified on the screen. By knowing your options, you can be confident that the best decisions are being made.

For the patient show above, both areas (the nasal dorsum and tip) were modified. She had a dorsal hump and a wide boxy tip that she wanted refined. Both changes were demonstrated, before surgery, during her initial consultation appointment. This allowed me to determine the range of modification desired in both areas. The changes made served as my guide during surgery.

Since the surgery has to be completed with a scalpel (and not photoshop) there are some limitations to what can be done physically, but computer imaging for Nasal Surgery is a great tool that really helps me make my patients happy. It adds predictability to a surgery where small changes go a long way. If you are considering nasal surgery, and want to schedule a consultation appointment with computer imaging, give me a call at (925) 943-6353.