Nasal Surgery is the most individualized of all the cosmetic plastic surgery procedures. In today’s Rhinoplasty Video Presentation, Dr. Joseph Mele, Board Certified San Francisco Bay Area Plastic Surgeon, discusses cosmetic nasal surgery and illustrates his results with Rhinoplasty Before and After Pictures. This segment, from his television show Body Beautiful, was first broadcast as part of the 14th season’s premiere episode, as seen on KRON 4 – the Bay Area’s News Station.

Rhinoplasty Before and After Pictures 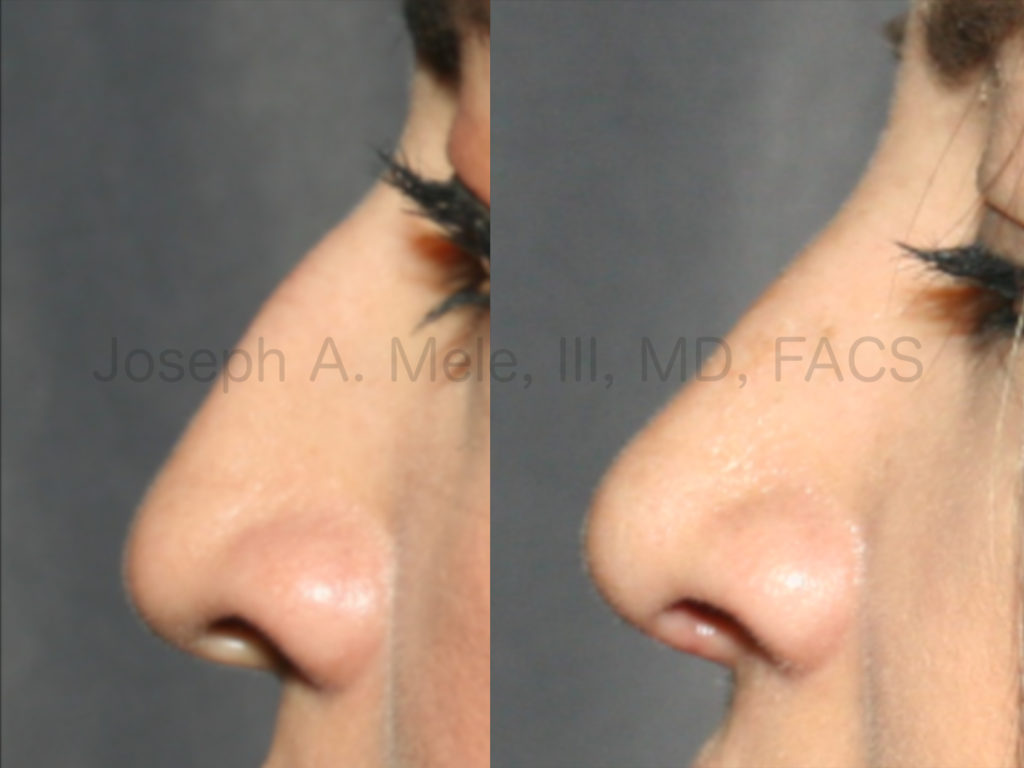 Rhinoplasty is nose changing surgery used to cosmetically enhance the appearance of the nose. In this case, the dorsal hump was reduced, the tip was refined and the end of the nose was rotated up.

There are many aspects of Rhinoplasty. The Cosmetic Nasal Surgery Before and After Pictures above, show a few of the more common nasal modifications. This patient was dissatisfied with the appearance of her nose. She did not like the bump seen on the profile view and felt the tip was bulbous and droopy.

A dorsal reduction was performed to smooth the bump seen on profile. The tip cartilage was modified to both reduce the tip and rotate it upward. The result is a more aesthetic profile, and a happy patient. 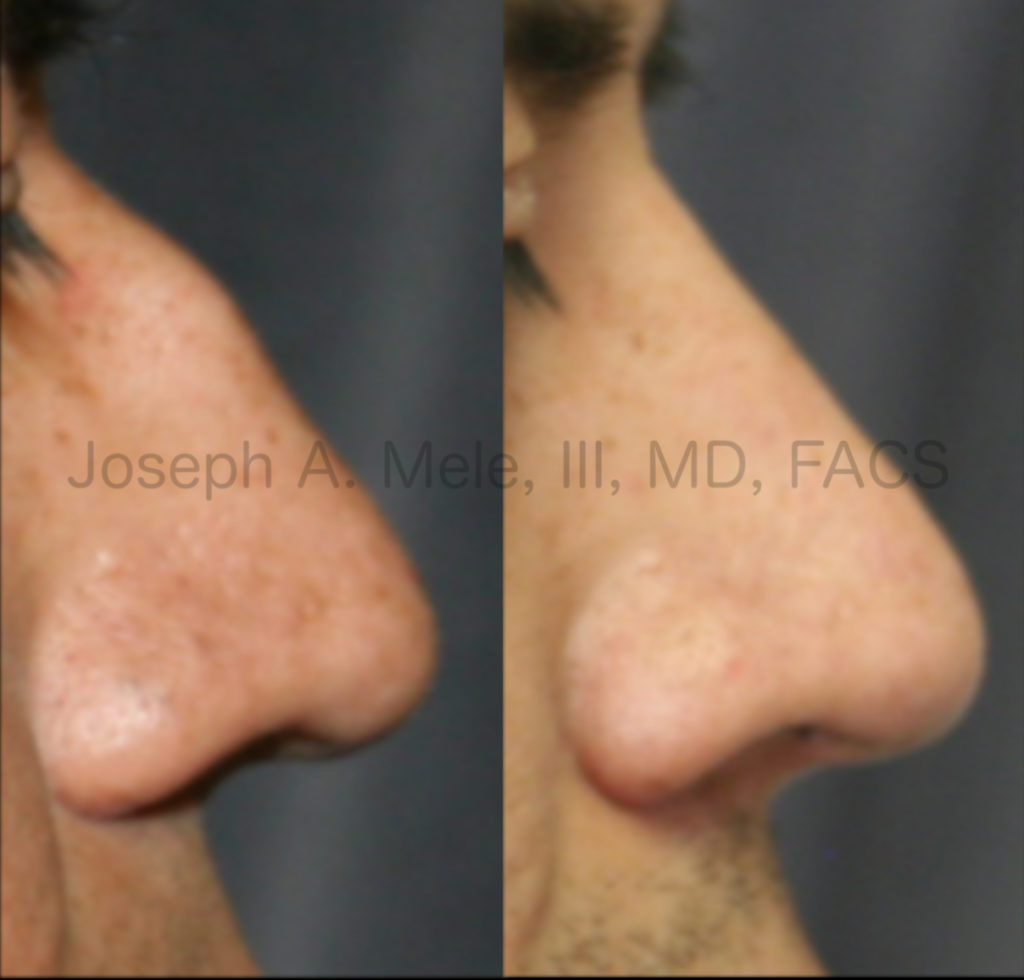 Rhinoplasty Before and After Pictures – Cosmetic Nasal Surgery was performed to remove a large bump that formed after this patient’s nose was broken. The result is a smoother profile and a more proportional masculine tip.

Sometimes, Nose Surgery is needed to repair damage after trauma. A broken nose can leave significant evidence of injury. The profile may be irregular, and the nose may be pushed off to the side which is often troubling to patients.

The patient above was unhappy with the large bump and asymmetry of his nose. An open rhinoplasty was performed to both improve the appearance and function of his nose. The dorsal hump was reduced and the nasal tip was reconstructed creating a more aesthetically pleasing nose. Internally, the obstructed airway was opened making it easier for him to breath, especially during allergy season. Form and function go hand in hand with nasal surgery.

When considering Cosmetic Nasal Surgery, be certain to consult with an experienced, Board Certified Plastic Surgeon. In the San Francisco Bay Area call (925) 943-6353, and my office will arrange a convenient and private consultation appointment. Complementary Computer Imaging is offered as part of the discussion to help you achieve the best possible results.