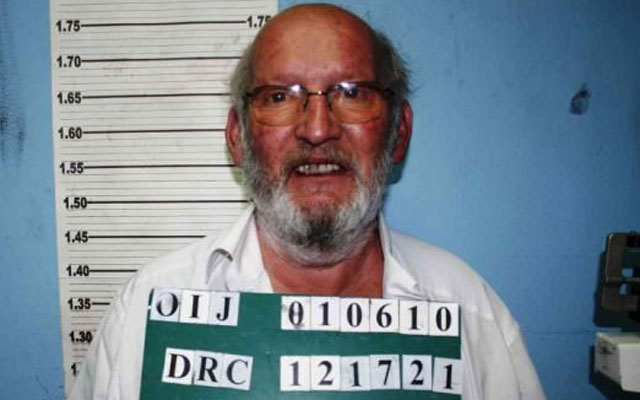 The arrest of Poly Implant Prothese (PIP) founder, Jean-Claude Mas, in January, brought 2 years of investigations to its logical, albeit protracted, conclusion. However, the story goes back much farther, and there is much more work to do.

PIP’s Short Lived Stay in the US – Thank You FDA

After a few years of use, it became clear to US plastic surgeons that PIP breast implants where not the same quality that US Board Certified Plastic Surgeons were used to with Inamed (formerly McGahn and now Natrelle under Allergan) and Mentor (now Johnson & Johnson). In general, breast implant failure rates are low in the first year and are more likely to leak the older they get, but the PIP saline implants seemed to leak much sooner and more often. Moreover, all PIP pre-filled saline implants experienced volume loss, even without obvious holes. A study published much later, in 2006, confirmed this. PIP’s popularity wained.

The FDA Goes to France

In May 2000, a decade before the current PIP silicone filled breast implant crisis, the US FDA performed an inspection of the PIP factory in La Seyne-sur-Mer (Southern France). The finding led to the immediate halt of all US PIP breast implant sales. The FDA issued a warning letter to PIP owner, Jean-Claude Mas, declaring its saline implants “adulterated.” The report sited 11 questionable manufacturing practices that were outside industry recognized best-practices. Whether the French Health Authority (AFSSAPS) was informed about the results of the FDA’s inspection or not, is unclear. If only the AFSSAPS had taken action then…

Silicone Gel Breast Implants are Back

The Center of the Problem

Knowing When to Duck

Although PIP was a French company, it was certified by TUV Rheinland in Germany. The approval came in 1997, and yearly inspections where performed in accordance to regulations. Unfortunately, guidelines also required TUV Rheinland to give PIP 10 days advance notice of their arrival. PIP used this time to hide all evidence of PIP gel. The paperwork was filed to look legit, and the regulators where none the wiser.

The European system had no requirements for unannounced inspection of the manufacturing facilities or even the breast implants. Once approved, the silicone filling of PIP implants was never retested.

The AFSSAPS (Agence Francaise de Securite Sanitaire des Produits de Sante), does not certify medical products, but it can remove defective or dangerous products from the French market. In 2001, when silicone breast implants were reintroduced to France. The AFSSAPS tested the contents of PIP implants prior to approval. After that, private companies LEMI and LNE, to over. While strength and toxicity test were performed, no results are available about whether NuSil or PIP gel was used. The first random test was not performed until 2010, after PIP was under police investigation. The finding in the 2010 AFSSAPS report reads, “this one does not reach the degree of quality of a silicone gel intended for breast implants.”

The FDA’s warning never reached Europe. Although the AFSSAPS watches the FDA site, it missed the PIP posting warning of problems in PIP’s breast implant manufacturing. There was, and still is, no system in place for sharing the information. Perhaps, this will now change, and countries can share information proactively. For a global economy, it makes sense.

It wasn’t until March of 2010, that two French health inspectors, acting on a tip, discovered six discarded plastic containers of Silopren along the outside wall of the PIP breast implant production facility. Silopren is a line of liquid silicone used mostly for industrial use, there are some medical uses for some of the Silopren product line, but externally for scar modification, and not as a filler for breast implants. PIP was not supposed to be using Silopren. Pip was supposed to be using NuSil. A week later, the factory was raided. It took another 8 months to track down Mas. The picture above is from the Interpol website.

French and European safety regulators now find themselves in an untenable position. European and South American governments are offering to pay for the removal of the estimated 300,000 defective PIP implants, before further harm is done. It is estimated that 10% of these implants have already leaked.

There is much to be learned from the PIP problems. Regulating medical devices is hard. It is a balance between allowing innovation and protecting from harm. In the elective surgery arena, the balance is tipped toward protection. However, in the case of PIP, there were many warning signs. Poor manufacturing, poor quality control, poor oversight and ignorance of the warnings from the FDA led to 10 years of inaction.

Since in the US, PIP breast implants never achieved FDA approval, I never used them. I have not use the saline filled PIP breast implants either. I have, however, had to remove them. There were cheaper, but when it comes to enhancing one’s body cheaper is not better. Reputable, experienced and dedicated count, and this comes with a price. When it comes to plastic surgery, the lowest price is rarely the right answer.

What to do With PIP Breast Implants

If you had Breast Augmentation surgery in the US, with a reputable plastic surgeon, you do not have to worry about PIP silicone gel filled implants. However, if you had breast augmentation outside the US, you should check which implants were used. All PIP silicone breast implants should be replaced with new, FDA approved, breast implants, or at a minimum removed before they cause problems. If they have leaked, the sooner they are removed the better. If they haven’t leaked, it is recommended that you replace or remove them before they do. Either way, if you have PIP breast implants, find a Board Certified Plastic Surgeon today.