Liposuction removes disproportionate fat from the abdomen and other areas of the body.

Today’s video presentation is all about Liposuction. Liposuction is a cosmetic plastic surgery procedure used to vacuum away unwanted fat via small, discrete incisions. In the example above, Liposuction contoured the abdominal wall and an Abdominoplasty was unnecessary. The Liposuction Video below is from the San Francisco Bay Area’s News Station, and first aired on KRON 4’s, Body Beautiful. The video provides details about the procedure and illustrates actual results with before and after pictures narrated by San Francisco Bay Area, Board Certified Plastic Surgeon, Dr. Joseph Mele.

The History Of Liposuction

Liposuction has been around for almost 100 years. French surgeon Charles Dujarier first introduced the concept of body contouring with fat removal in the 1920’s. Often a curette, a small sharp edged spoon, was used to scrape, shift or remove fat. The results were often unpredictable and irregular.

Liposuction became more practical and reliable in the mid 1970’s after Italian surgeons, Arpad and Giorgio Fischer, father and son, developed liposuction in Rome utilizing the blunt style of cannula which we still use today. In 1982, French surgeons Yves-Gerard Illouz and Pierre Fournier improved the technique. Illouz was one of the first to popularize the injection of tumescent fluid prior to liposuction, and Fournier developed the criss-cross technique using multiple access points to smooth the results. The combination of blunt cannulas, “wet” techniques and multiple crisscrossing incisions made Liposuction safer, allowed for more extensive fat removal and provided superior results. 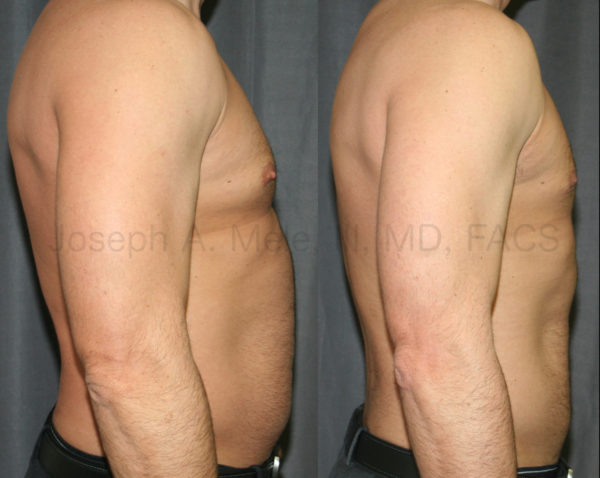 Liposuction of the Abdomen and Chest contours these areas, reduces fat and improves body proportions.

In the mid 90’s, Dr. Klein revolutionized liposuction with the introduction of the tumescent technique. The introduction of Tumescent Liposuction introduces local anesthetic (like Lidocaine) and a drug that shrinks capillaries (epinephrine) into the wetting solution. This provides pain control and less bleeding allowing for the safe aspiration of larger volumes of fat. It is what allowed liposuction to become a mainstream cosmetic plastic surgery procedure. Despite attempts to improve liposuction outcomes with lasers and ultrasound, Tumescent Liposuction remains the gold standard for Liposuction today. 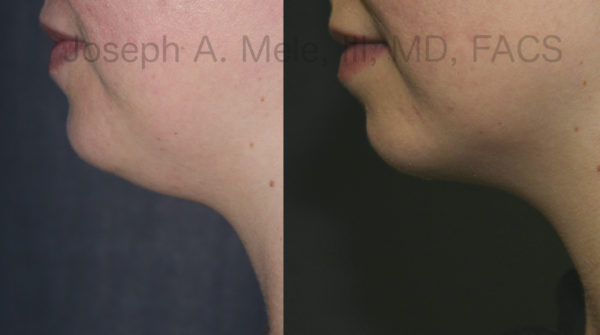 Liposuction can remove stubborn fat from the neck and under the chin.

Ultrasound, Lasers and Power, Oh My

During the 1990’s various forms of energy were added to Liposuction in an attempt to further increase its effectiveness. The main goal of these devices was to provide additional skin shrinkage. While demonstrable, in their current form, the amount of skin shrinkage provided with these techniques remains minimal. Sadly, corporations have become invested in these “name brand” procedures. They advertise positive, discounting the small magnitude of these advantages and do not discuss the downsides, which can be significant. The use of high energy liposuction devices has lead to an increase in burns and other complications with debatable improvement at best.

If you are considering Liposuction, be certain to select an experienced and Board Certified Plastic Surgeon like Dr. Joseph Mele. In the San Francisco Bay Area call (925) 943-6353 and schedule a private consultation appointment tailored specifically to your needs.