My recent television appearance discussing liposuction, and recent posts on liposuction, have generated many questions about the use of lasers for fat removal.

Laser Liposuction is red hot in the media, but the hype is louder than the truth about laser liposuction.

Laser liposuction marketing is focussed heavily on the supposed skin tightening advantage of using a laser. The thought is that heating the subcutaneous tissues can tighten the skin.

The only reliable way to tighten skin is to surgically remove the excess. While modalities like lasers and radiofrequency energy have shown promise in this area, in fact, the amount of shrinkage is usually small and unpredictable. Head to head studies of laser liposuction compared to tumescent liposuction show no difference in the amount the skin shrinks.

The Science is Still Pending?

There are no published large prospective trials comparing laser liposuction to traditional tumescent liposuction. Laser liposuction has been available for some time now. I have to believe the manufacturers of these devices have tried to prove that is a superior product; however, the evidence is conspicuous by its absence. On the other hand, evidence that it is not better is available.

Lasers add expense and danger. You cannot be burned with a normal tumescent liposuction cannula, but ask anyone who works around lasers, lasers can burn. Without any benefits, you get only the risks.

For most techniques, the laser is passed under the skin prior to traditional tumescent liposuction, and sometimes again afterwards. Without any benefits, you get only a longer operation.

Infiltration is administering a wetting solution (saline+lidocaine+epinephrine) to the subcutaneous tissues. This decreases bruising and increases post operative comfort.

Aspiration is the suction assisted removal of the fat (or burned fat for laser liposuction). Fat is very soft and easy to remove with suction. The laser heats, melts, damages the fat cells (and surrounding cells). Some proponents advocate using only the laser and letting the body absorb the damaged cells, but removal decreases the inflammatory mediators. 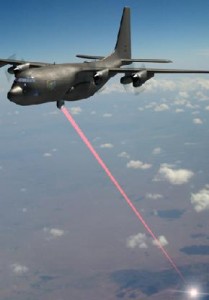 Treat all you friends to the latest laser treatment. 😛

I am a proponent of finding a way to shrink skin without surgery. This would be a huge leap forward for plastic surgery. Many technologies are being investigated; however, when it comes to liposuction, I am still waiting for a technology that does a better job. A technology that provides a result every time, for every patient, not just for those who have tight elastic skin. Great skin will remain firm not matter what is done to it. A true skin shrinking ray will tighten poor skin and make it great again. If I find a skin shrinking ray, my San Francisco Plastic Surgery Blog readers will be the first to know!