Since the invention of Reality(less) TV, plastic surgery has received its share of exposure over the last decade. The best known prime time incarnation, ABC’s Extreme Makeover, debuted in 2002. Unlike most its spawn, the show did obtain approval from the American Society of Plastic Surgery, but the emphasis was on the extreme end of the makeover. Plastic Surgery Reality TV peaked in 2004 with shows like: E!’s Dr. 90210, Fox’s The Swan, MTV’s I Want a Famous Face and Bravo’s Miami Slice. But reality TV’s infatuation with the fringes of plastic surgery has not died. As if brides were not stressed-out enough, in 2010 E! offered up Bridalplasty. Just this week, Toddlers and Tiara’s spin-off, Here Comes Honey Boo Boo, was followed by Plastic Wives. 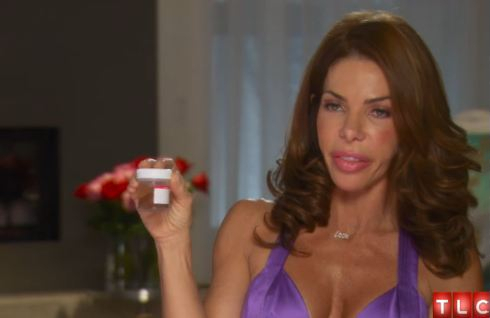 Yep, they are in there.

More shock than substance, the pilot featured a woman who keeps her labia in a jar, and a former Extra host who seems to be considering it. While intellectually we all know that Reality TV is unreal, these types of shows feature real people, expressing real emotions in their own words, although edited for effect. The fantasy of it is seductive, but while for those featured it’s the truth, it is not the whole truth. A link to the Plastic Wives Preview was supplied here; however, mercifully, the show has been removed from the TLC website.

Plastic surgery is not all Boob Jobs. Don’t get me wrong, breast augmentation is an excellent procedure that improves the lives of hundreds of thousands of women every year in the US alone. One of the main reasons I enjoy practicing Plastic Surgery in the San Francisco Bay Area is the ability to provide a wide range of what plastic surgery has to offer. The range covers cosmetic surgery to congenital anomalies, and botox to breast reconstruction.

What do Plastic Surgeons do?

The yin and yang of Plastic Surgery are innate in the profession. Fifty years ago, American plastic surgeons Thomas Cronin and Frank Gerow invented the breast implant, and plastic surgeon, Joseph E. Murray performed the first cadaveric renal transplant. Granted, most people outside of medicine associate breast implants with plastic surgery; however, not too many know that the 1990 Nobel Prize in Medicine went to a plastic surgeon, Dr. Murray, and hematologist, E. Donnall Thomas, a fellow engineering major.

The 1990 Nobel Prize in Medicine was awarded to a Plastic Surgeon.

The two met at the Peter Bent Brigham Hospital in Boston, and remained friends and colleagues over the years because of their common interests in transplantation.

Dr. Murray refined many of the transplantation techniques and performed the first successful human kidney transplant on identical twins Richard and Ronald Herrick on December 23, 1954. The 1990 Nobel Prize was awarded for “discoveries that have enabled the development of organ and cell transplantation into a method for the treatment of human disease.” Transplant surgery has blossomed into a profession currently limited by donors rather than demand. New research into human tissue growth may soon remove this road block. While stem cell research and tissue engineering remain controversial, controversy seems to be an important governor of plastic surgery that improves, rather than hinders its outcomes.

Two is Better Than None

Dr. Murray and Dr. Thomas demonstrated how much we can accomplish when we work together. Both men passed away last fall, and they will be missed. A month after their passing, transplant surgery reached a new milestone. Iraq War veteran, Brendan Marrocco, became the first recipient of a dual arm transplant. Plastic and Orthopaedic Surgeon, Dr. Wei-Ping Andrew Lee, is carrying the transplantation torch over new ground, and Mr. Marrocco, who thrice had no pulse after loosing both arms and legs, is making unbelievable progress, back at home after his extensive surgery. It will be two more years before we will know if injured nerves in his shoulders will be able to reestablish a nerve supply, sensation and motion to the donor arms.

While Reality TV tends to put the spotlight on many of the most superficial aspects of our existence, there is much more beneath the surface.

Last week, Brazil suffered one of the worst accidents in its history. More than 200 young people died in a night club fire in Santa Maria, a university city located in southern Brazil. Dr. Carlos Uebel, president of the International Society of Aesthetic Plastic Surgery (ISAPS), lives about 150 miles away from the tragedy. He sent a personal account of the aftermath to me and the other ISAPS members:

1,500 boys and girls were in the private club to commemorate their graduation when suddenly a pyrotechnic show started the fire that burned all the walls and the ceiling material. Very toxic smoke spread over the people who could not exit quickly enough through the front door. Many of them were trampled and crushed on the floor.  Only 10% suffered serious burns with about 16 patients being treated in ICU burn centers in Santa Maria and Porto Alegre; however, many more out patients are coming for treatment.

Our southern Brazil chapter of plastic surgery, coordinated by the president, Paulo Amaral, promptly engaged more than 50 plastic surgeons from the area to help in this uncommon accident. We have received emails expressing solidarity from all around the world. Eduardo Leão in Belo Horizonte has opened his burn center to the victims. Our colleagues in Buenos Aires sent a message offering artificial skin. Einstein Hospital in São Paulo is sending a Task Force on Lung Bioquimic Diseases. So many other centers from all around South America are demonstrating their charity.

Our “gaucho” families are suffering the second largest burn catastrophe in our country after the circus fire tragedy that occurred in Rio in 1961, and the third one to occur in worldwide night clubs. From this horrific tragedy, we have learned again that pyrotechnics inside a night club cannot be allowed; that building materials should be atoxic; that emergency exits are mandatory; and that occupancy laws must be obeyed.

Our plastic surgeon colleagues from South Brazil thank those who have sent so many messages of support and condolence from around the world in this moment of intense sorrow.

The Reality of Plastic Surgery

This too is the reality of Plastic Surgery. It’s not all boobs. There will always be a large gap between the extremes of what we need and what we want, or even where the line is drawn in the grey in-between. Plastic Surgery is a large tent, with more than its fair share of sideshows. Even we Plastic Surgeons bicker amongst ourselves about what a “real” plastic surgeon is, but the discussion remains healthy. The knowledge and creativity that drive the profession fuel the extremes, but also foster an environment that allows for explosive growth. There is a big difference between reality and reality TV, for plastic surgery there is no exception. Whether we are replacing arms or just tightening them up, we are still plastic surgeons. For better of for worse, it a profession that offers something for everyone. Whether it is a moment of need, or want, Dr. Gaspare Tagliacozzi summed it all up back in 1597:

We restore, repair and make whole, those parts which nature has given, but misfortune has taken away, not so much that they might delight the eyes of the beholder but that they may buoy up the spirit and help the mind of the afflicted.