The previous example of scar revision was a keloid scar revision. Keloid scars tend to be raised and larger than the original injury. The following scar revision is for an irregular, hypopigmented and wide-spread scar. It may have been more hypertrophic in the past, but was mature, soft, flat and pale prior to revision. This patient presented over a year after breast implant placement. The implants were inserted through an incision normally placed around the lower edge of the areola (the pigmented skin around the nipple). In this case, the scar was too high, and did not heal well. 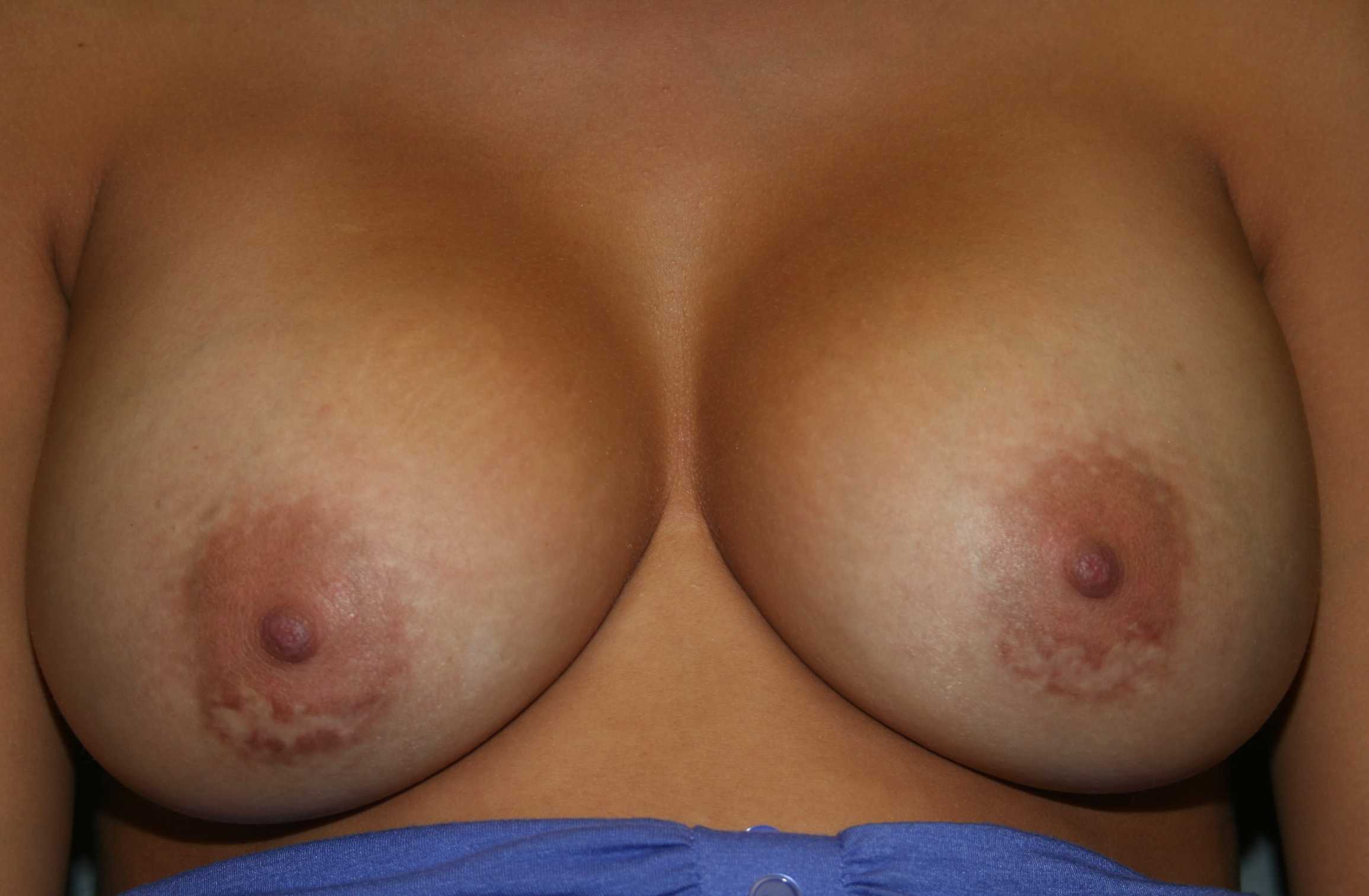 Wide spread periareolar scars below the nipples after breast augmentaion.

This is noticeable because the scar is white, wide and irregular within the tan skin of the areola. This incision was not placed at the edge of the areola, making the white scar even more noticeable. This is also a poor scar. It is very wide for this location. This scar not a fine line, it’s not a line at all, but rather, an irregular blotch.

The periareolar incision is one of my favorite incisions for breast augmentation because a nice, fine, discrete scar is the normal result. The original scar was not of my making. Since I’ve done hundreds, if not thousands of breast augmentations using this approach, I felt very confident that this particular scar could be improved.

The plan was to excise the previous scar, and obtain a narrow scar that follows the contour of the areola. With the new scar placed at the junction between the areola and the normal skin, the scar’s location is disguised. 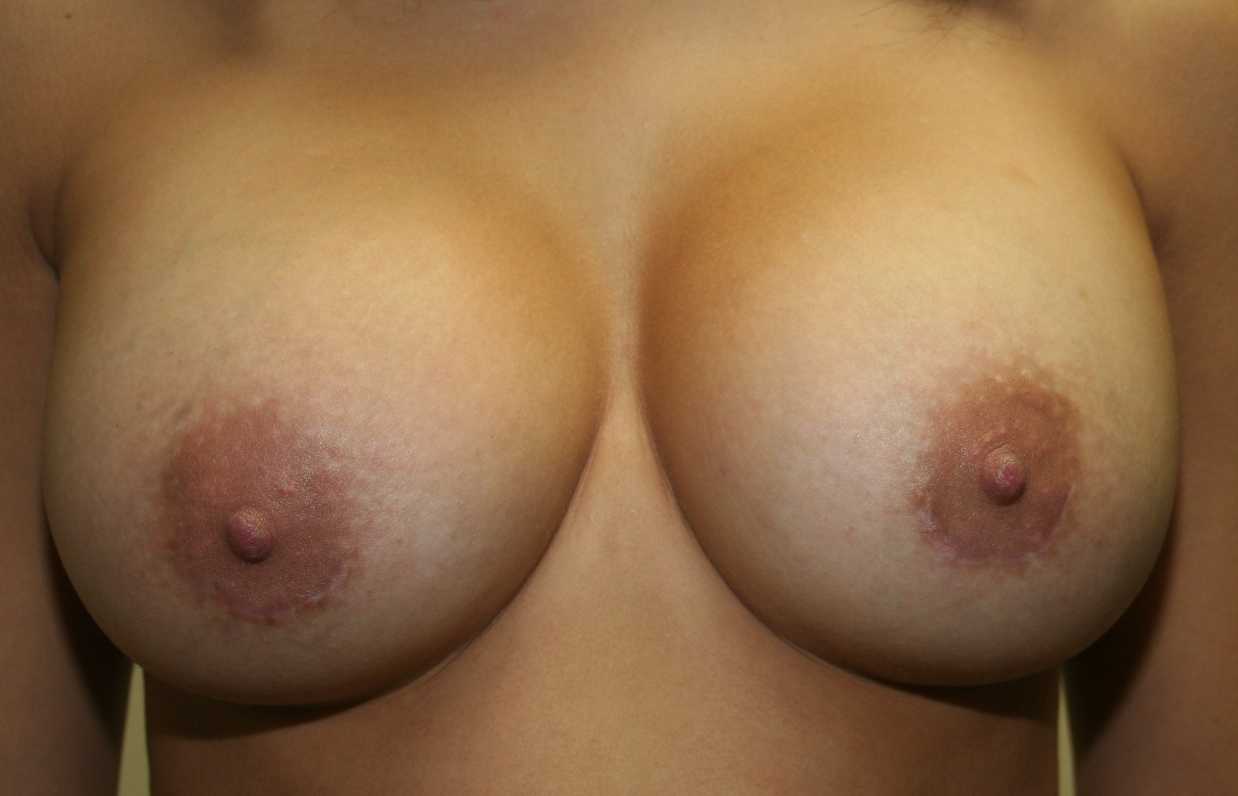 After scar revision the periareolar scars are thin, fine and follow the natural contours.

This scar revision was performed in the office, under local anesthesia, without complications. The resultant scar is narrow and follows the natural contour of the areolas. Close up views are included below for comparison.

Scar revision can be a very rewarding procedure. The scars cannot be completely erased, but by making scars less noticeable, they can be forgotten.