Male Breast Reduction is one of the most commonly performed male cosmetic plastic surgery procedures. Today, we review the case of a man treated for tubular breasts with Gynecomastia Reduction. The before and after photos below illustrate the results and techniques for male breast reduction. 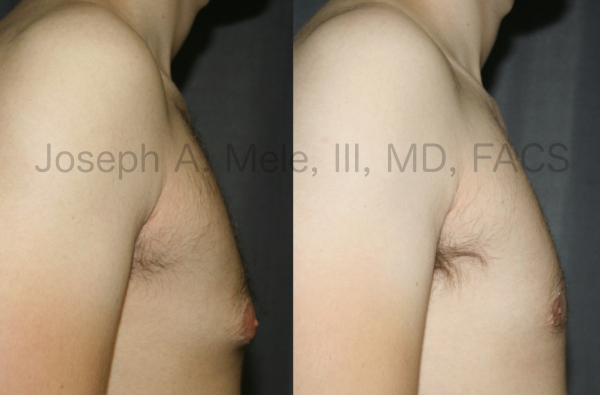 Gynecomastia reduction before and after photos of male breast reduction for tubular breasts.

Tubular Breast Deformity is treated more often for women than men. In both sexes, it presents as herniation of breast tissue into the nipple/areolar complex (NAC). On physical exam, the NAC appears as a separate mass on the end of the breast. 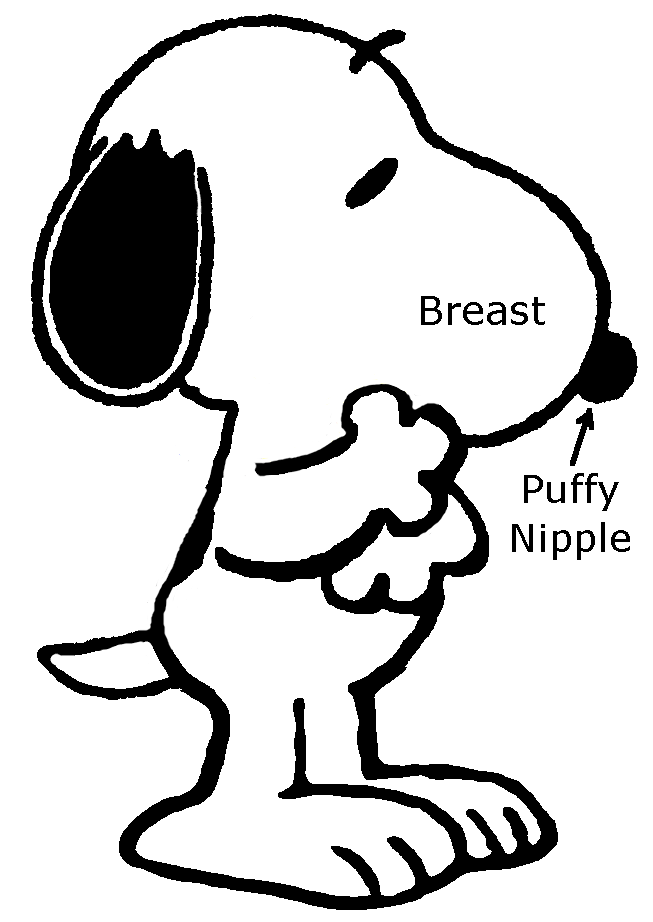 Tubular breast deformity is often called the “Snoopy-Nose Deformity” because the breast mound and NAC look like the cartoon character’s snout and nose. Another descriptive term for this problem is puffy nipples. 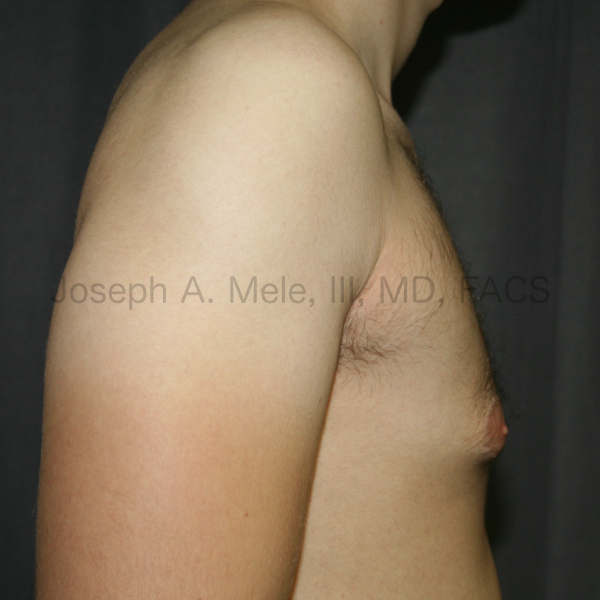 Preoperatively, the puffy nipple sticks out like Snoopy’s nose, and is easily seen through clothing.

Postoperatively, the puffy nipple has been surgical reduced, and the normal anatomy remains.

The after picture above shows what is now a normal masculine chest. During a short, outpatient surgical procedure, the fullness beneath the NACs was removed via small incisions that run around the lower edges of the areolae from 4 to 8 o’clock. Placing the incisions along this natural color change, makes them discreet.

Like any elective surgery, be certain to consult with an experienced, Board Certified Plastic Surgeon. Approximations for treatment can be made with virtual consultation or by reviewing before pictures; however, there is no substitute for an in-person evaluation. In the San Francisco Bay Area call (925) 943-6353 to arrange a private consultation appointment.