Cosmetic Ear Surgery includes Ear Pinning to reduce the appearance of prominent ears, as seen in these Otoplasty before and after pictures.

Otoplasty is cosmetic plastic surgery for the reduction of prominent ears. Also known as Ear Pinning, the procedure involves multiple techniques used to reshape, reduce and reposition the outer ear into a less obtrusive form. Otoplasty is an elective, outpatient surgical procedure which is very satisfying for patients. The amount of reduction is guided by both my patient’s wishes and “normal” anatomy.

The Formation of the Ears

When ears form in utero, the final shape is the result of the fusion, editing, swirling and folding of six separate swellings and intervening clefts. It is a complicated and delicate series of events that determine the ear’s final shape. Each ear is unique, including the two that most of us have on our heads. They are never exactly the same from side to side, but they should look related. 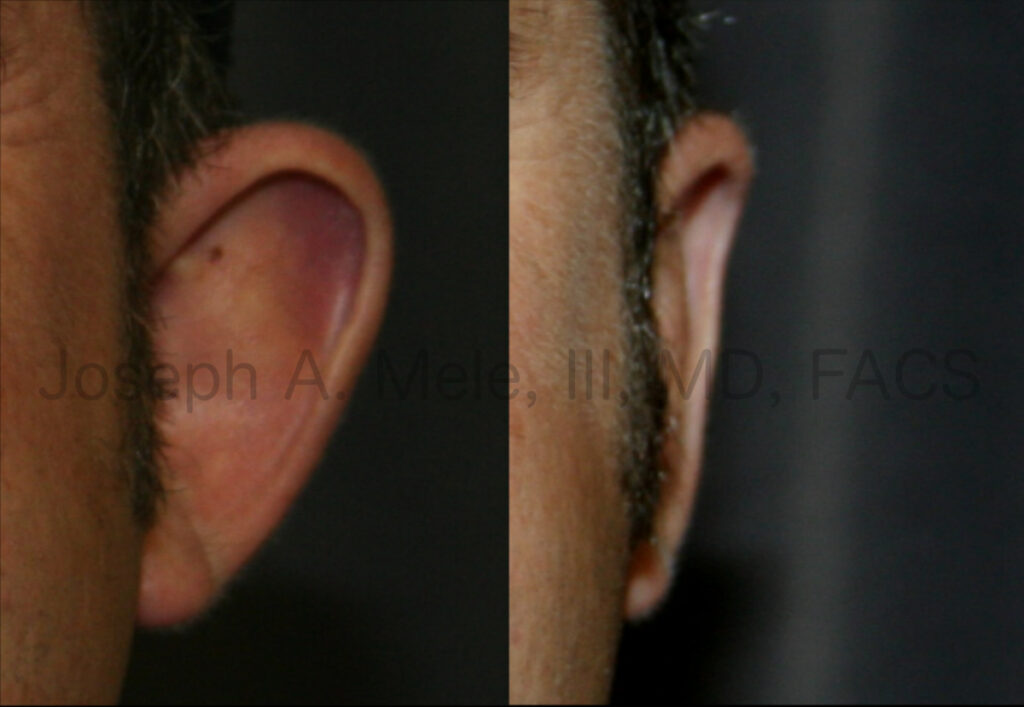 The final step of the ear’s development is the formation of the antihelical fold. The crease that folds backward just inside the rim (the helix) of the ear. When formation stops short, the ear sticks out. Since the fold begins inferiorly, it is common for the upper portion of the ear to stick out more than the lower portion.

Another anatomical reason ears may appear big is an enlarged concha. The concha is the central bell of the ear that catches sound. A large concha tends to propel the entire ear outward. When this is combined with an anteriorly rotated concha, the ear can appear almost perpendicular to the head.

Correction of prominent ears is directed to the anatomy that is causing the prominence. If the antihelical fold is the culprit, attention is directed toward creating the diminished or absent fold. If the concha is the cause, it may be reduced and rotated posteriorly. Often, there are multiple reasons and unique curves to each ear that keep the attentive plastic surgeon humble. 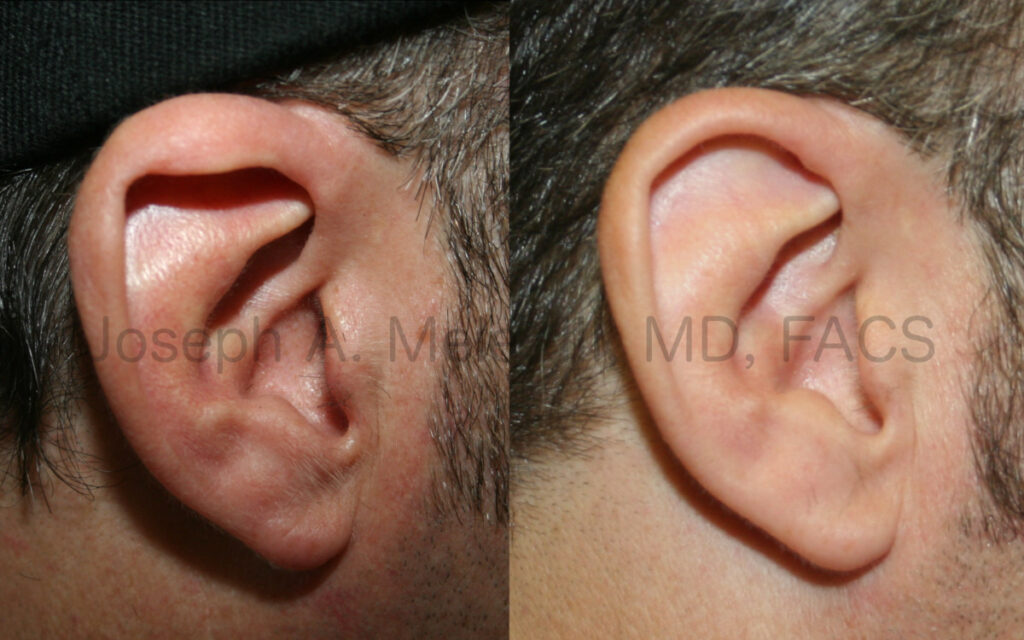 The above Otoplasty before and after pictures show the correction of a cupped ear deformity. Before, the top of the ear is hooded, After, the upper helix is lengthened and balanced with the rest of the ear.

The Timing of Otoplasty

There are two peaks in the ages for cosmetic ear surgery. The first is after age five and the second is in young adulthood, but in both cases the concern with the shape of one’s ears usually begins early in life. Prominent ears can be a source of ridicule and embarrassment for children and adults alike. If the patient is not concerned, and this is true for children as well as adults, then surgery is not warranted. On the other hand, if prominent ears are a sensitive subject and are causing you or your child distress, Otoplasty can be a welcome change.

If you are dissatisfied with the appearance of prominent ears, contact a Board Certified Plastic Surgeon like Dr. Mele for a private consultation tailored to your needs. In the San Francisco Bay Area call (925) 943-6353 and schedule an appointment today in our Walnut Creek Plastic Surgery Clinic.