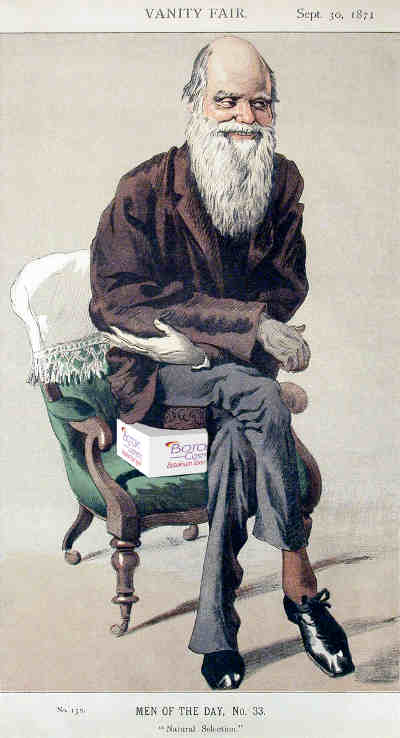 Darwin on Botox – Botox was not a beauty aid in Darwin’s era, but he did have a theory linking facial expression to emotions that still applies today. On the other hand, I don’t see any frown lines on his face.

Charles Darwin was one of the first scientists to suggest that the changes in the body caused by emotions, reinforce and have a direct impact on the emotions. A simple illustration of this is the Facial Feedback Hypothesis.

Darwin is one of the most influential figures in human history. He was a nineteenth century naturalist and geologist and is best known for his scientific observations and his theory of evolution. While Darwin may not be as well known for his research on emotions, in 1872, he wrote the book, “The Expression of the Emotions in Man and Animals.” In the book he states:

The free expression by outward signs of an emotion intensifies it. On the other hand, the repression, as far as this is possible, of all outward signs softens our emotions. Even the simulation of an emotion tends to arouse it in our minds. – Charles Darwin

Emotions lead to Facial Expressions which lead to Emotions

The Facial Feedback Hypothesis was furthered by William James, the “Father of American Psychology”. A philosopher, psychologist and physician, he proposed, “that skeletal muscle feedback from facial expressions plays a causal role in regulating emotional experience and behaviour.”

Refuse to express a passion, and it dies – William James

While many experiments have been devised to provide evidence for the Facial Feedback Hypothesis, the multiple pathways of interaction between facial activity and emotions has made proving the hypothesis complicated, until recently.

Have you heard the story about the actress who lost a role because she was unable to express emotions due to Botox? In 2010, an article was published in Psychological Science entitled,”Cosmetic use of botulinum toxin-a affects processing of emotional language,” raised questions about Botox and the ability to process emotions. The study was not focussed on the ability of others to read the emotions of someone treated with Botox, but rather on the Botox users ability to process the emotions of other people.

The abstract states, “Subcutaneous injections of botulinum toxin-A (BTX) were used to temporarily paralyze the facial muscles used in frowning. We found that BTX selectively slowed the reading of sentences that described situations that normally require the paralyzed muscle for expressing the emotions evoked by the sentences.” More specifically, two weeks after receiving Botox injections into the muscles necessary for frowning, participants were timed while reading emotionally charged stories. Reading times for angry and sad sections were longer after receiving Botox than before the injections, while reading times for happy sections were unchanged. The researchers were able to demonstrate a selective effect on processing the emotional content directly related to the facial expression suppressed with Botox. Much as Darwin’s quote above says, repression of the outward signs of emotion, in this case with Botox, can dampen one’s ability to understand another’s emotions.

At first glance, dampening emotions doesn’t sound great, but a recent article in the Journal of Psychiatric Research shows how this can be the desired effect. In the largest randomized, double-blind, placebo controlled study to date on the effect of Onabotulinumtoxin-A (Botox) on depression, researchers found that more than half of subjects suffering from moderate to severe depression showed a substantial improvement (greater than or equal to 50% of baseline) in their depressive symptoms as measured by the MADRS scale.

The study is ground breaking in that it opens a new pathway for treating the severely depressed. Not only might it serve as a stand-alone method of treatment in selective cases, but since it doesn’t interfere with current treatments, it could be used to augment current therapy without removing the support it provides. Similar research has not been published for Dysport or Xeomin at this time.

I will stick to the cosmetic uses of Botox, and leave the anti-depression indications to the experts. On the other hand, Botox treatments for depression might give a whole new meaning to the expression, “Put on a happy face.”