Prominent Ears appear large because they stick out. Often the problem isn’t the size of the ears, but rather that they lack the normal folds that bring the ears closer to the head.

What Makes an Ear Prominent?

Prominent ears are ears that stick out. Otoplasty corrects overprojecting ears and tucks them in. The end result is a happy patient.

The outer ear, also known as the pinna, is a complex structure which forms from six separate swellings and clefts in utero. The last fold that forms is the antihelical fold, and this is the fold that tucks the top of the ear in. 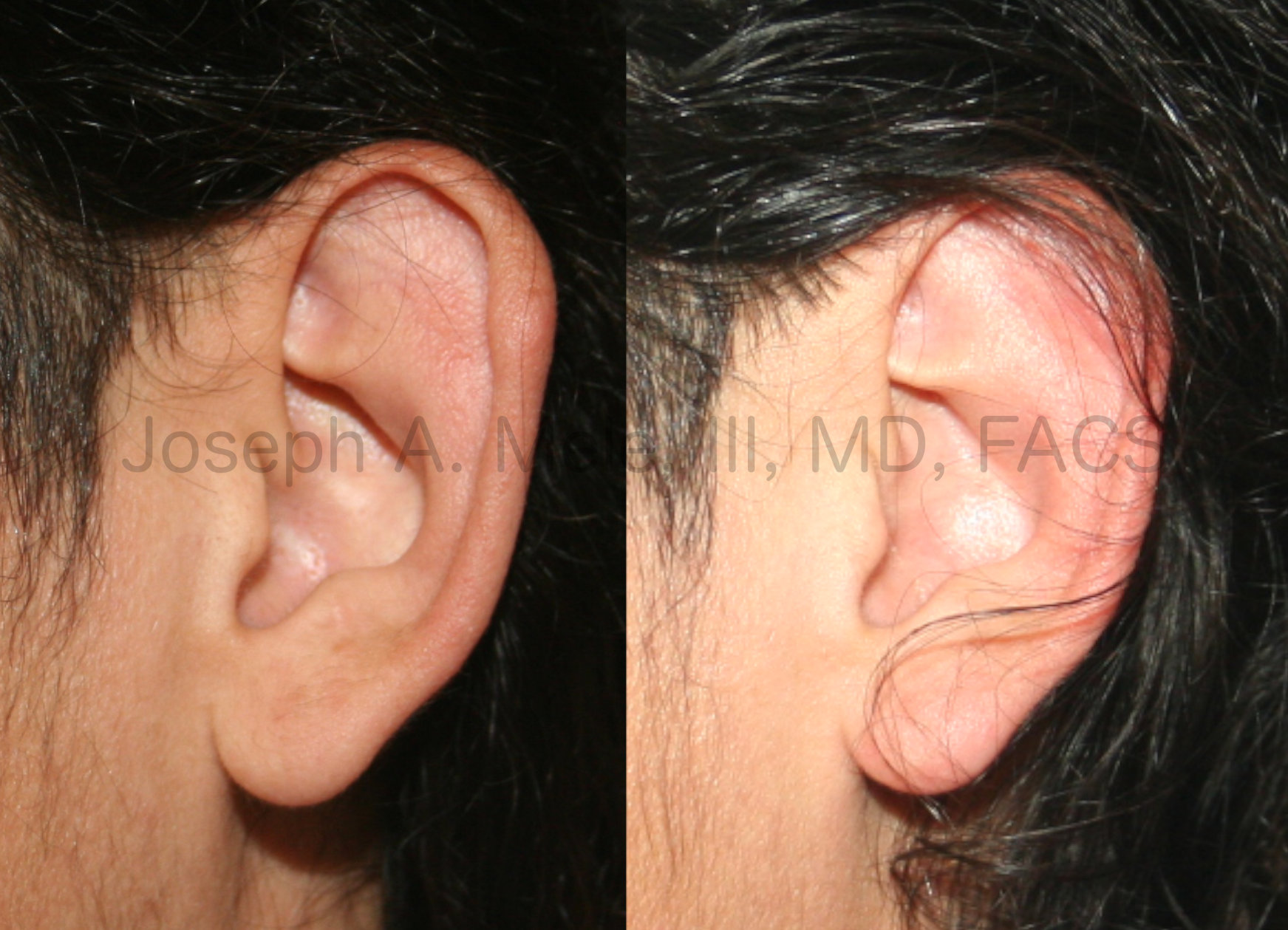 This is the left ear of the patient above showing close up details of the formation of the antithetical fold. The inside of the upper ear is flat before and curved after, tucking the ear in.

Antihelical fold is a mouthful but let’s break it down. Helix means spiral, and the edge of the top of the ear approximates a spiral. The curve is tighter at the side of the head and relaxes as it curves outward and downward. In fact, the outer edge of the ear is called the helix. Anti means against or opposite. The fold that sticks out inside the helix is the Antihelical fold, because it is against and opposed to the helix. 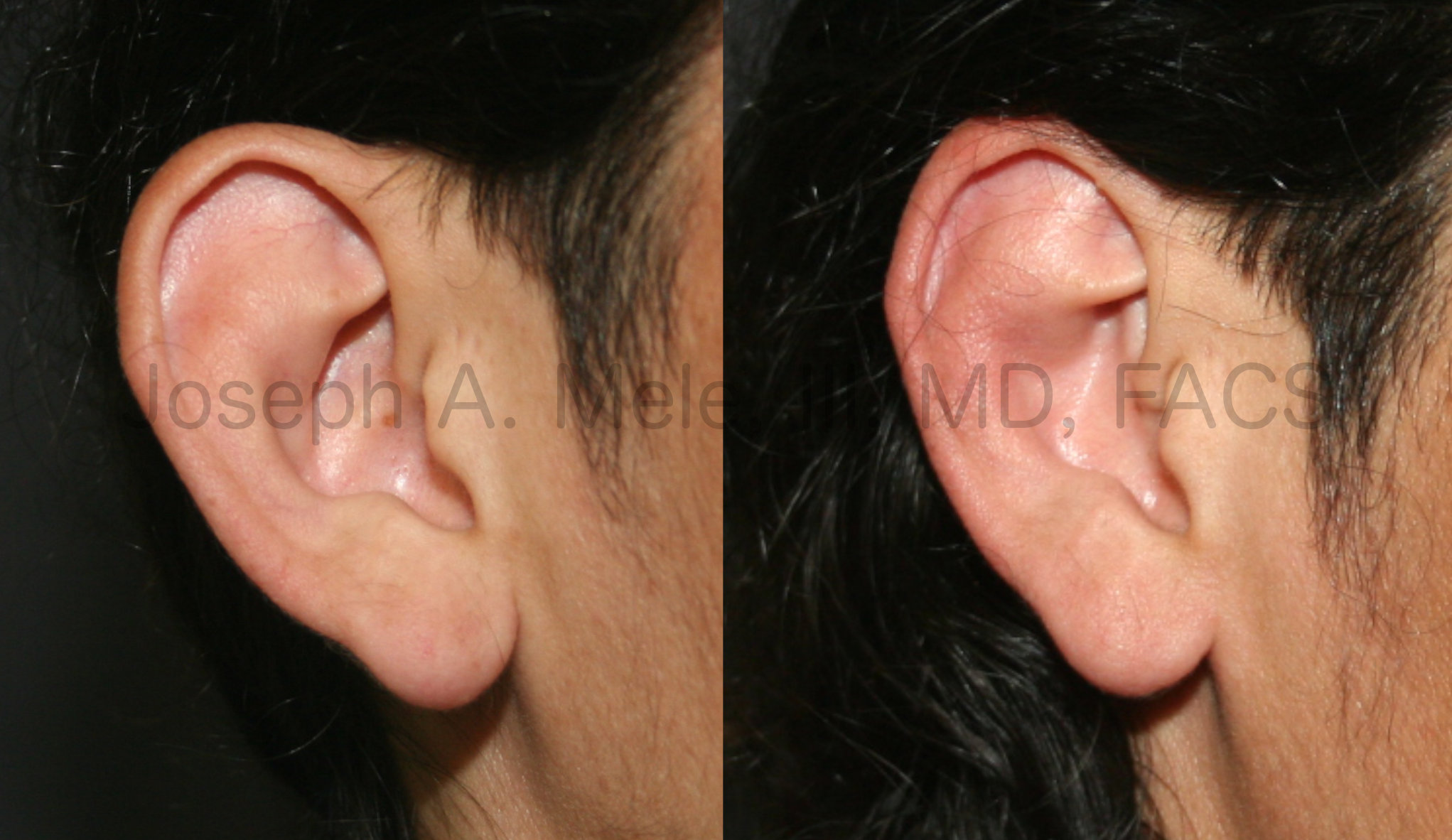 Above is the right ear of the same patient above showing close up details of the formation of the antithetical fold. The inside of the upper ear is barely curved before the otoplasty and curved normally after.

When the Antihelical fold does not form or is incomplete, the helix sticks out, making the ear prominent and some people unhappy with the appearance of their ears. The good news is this is correctable with Otoplasty, an outpatient surgical procedure.

Concha means shell. The concha of the ear is the center cup that captures sound waves and guides them into the ear canal. An oversized concha is another common reason for prominent ears, but even a “normal” sized concha can make the ear stick out if it is rotated away from the head. Either way, Otoplasty can correct the problem by reducing and rotating the concha into a more aesthetic shape and position. 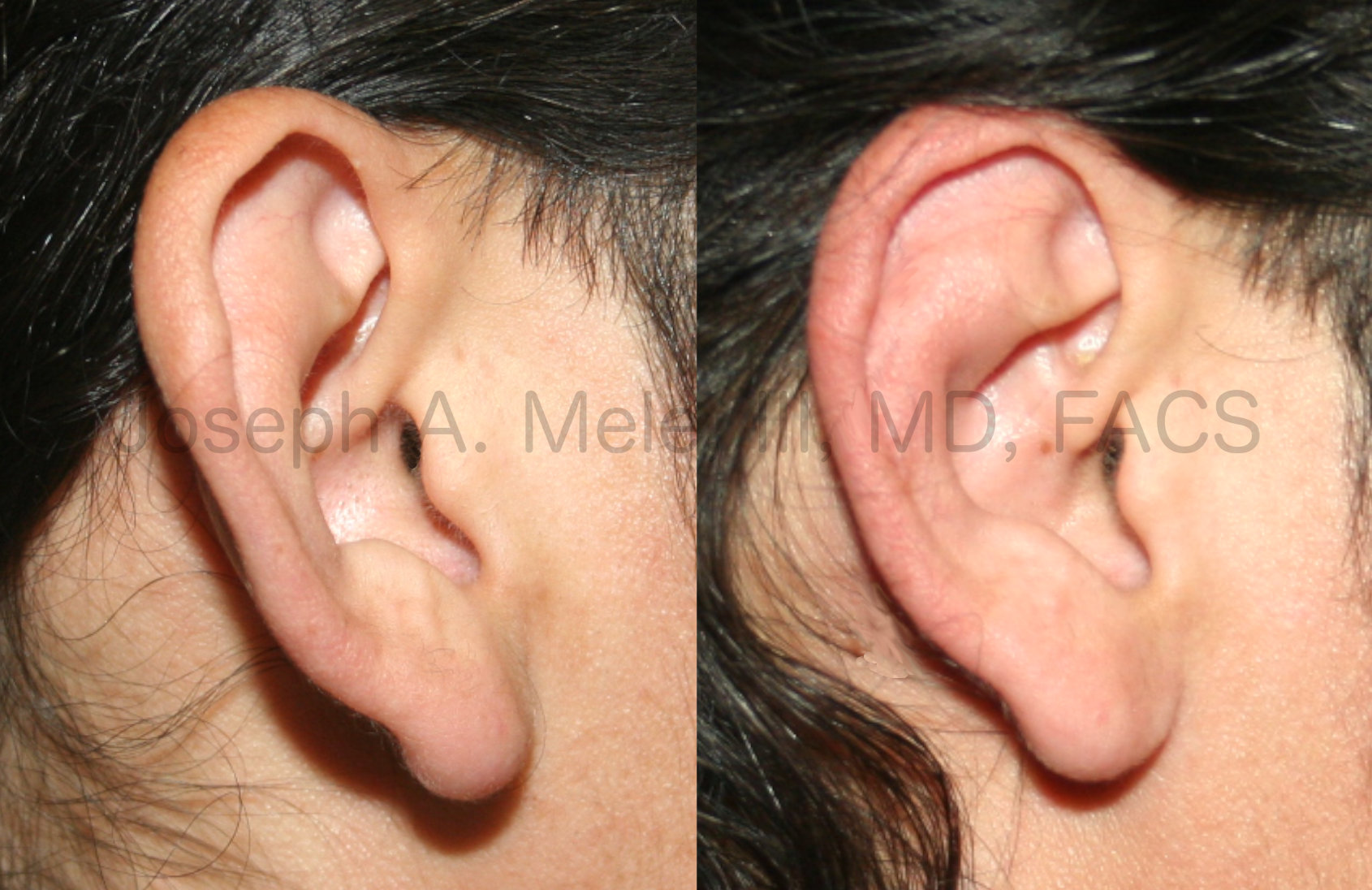 The otoplasty before and after pictures at the start of this post show how much the ears are brought in. This side view of the right ear shows the rotation of the concha. Bringing the concha back rotates the entire ear and tucks the ear in.

To schedule an Otoplasty appointment for yourself, or your child, call (925) 943-6353 at our San Francisco Bay Area plastic surgery center. During your consultation, your questions will be answered, and your options reviewed, so that you can make the decision whether Cosmetic Ear Surgery is right for you. Otoplasty is not the most commonly performed cosmetic plastic surgery procedure, so be sure to consult with an experienced, Board Certified Plastic Surgeon for your ear pinning.