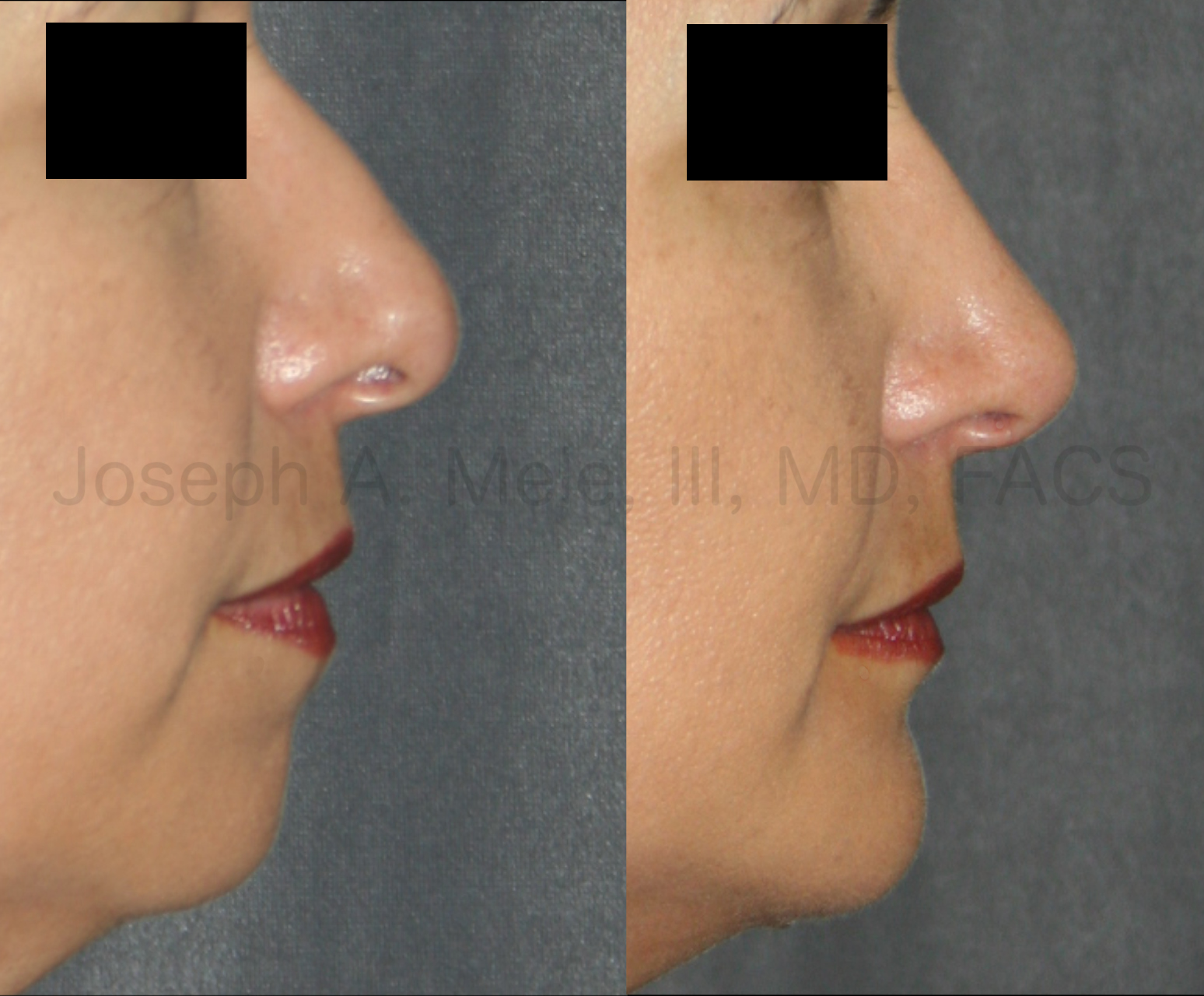 The shape of the chin changes how we view the nose. In this patient, a chin implant was used with rhinoplasty to balance her profile.

The Chin is one of the main defining landmarks of the human face. Few animals have a defined and projecting chin. In fact, the shape and projection of the chin determine the way we perceive the entire face.

Large Chins project strength, authority and confidence. Think of Wonder Woman and Superman’s jaw lines. Cartoons have a way of simplifying the face down to the essential features: eyes, mouth and jaw line. Heroic cartoon characters, and the actors who play them, have strong chins.

Leading men and women have “strong” chins. According to a recent report by CBS News, Halle Berry, Keira Knightley, and Jennifer Lopez have the most requested chins among women. Men tend to request chins like those of Jon Hamm, Johnny Depp, and Robert Pattinson. All these actors have larger than average chins.

If you think this is a new trend, think again. New York plastic surgeon Darrick Antell studied the profile of 42 CEOs from 2005’s top 50 Fortune 500 companies. 90%, including HP’s Carly Fiorina, possessed average to prominent chin projection, compared to 40% in the US population. Strong chins and jawlines equate to confidence and character. Good thing Bill Gates was doing the hiring and not looking for a job.

Small Chins give an impression opposite of a large chin. We call small chins weak, under-projecting and receded. A small chin gives the impression of shyness, meekness and weakness. Since the mandible continues to grow into early adulthood, a small chin is associated with incomplete growth and immaturity. Smaller chins are more common in women, and they can be more feminine. Small chins are not considered masculine, and men with small chins often grow beards to give the impression of a larger chin.

How to Fix a Small Chin

There are several ways to enlarge a small chin, but the most common way is with a Chin Implant. A small incision is made either inside the mouth or under the chin, and an implant is placed on the front of the mandible to increase the chin’s projection. Here are a few examples. 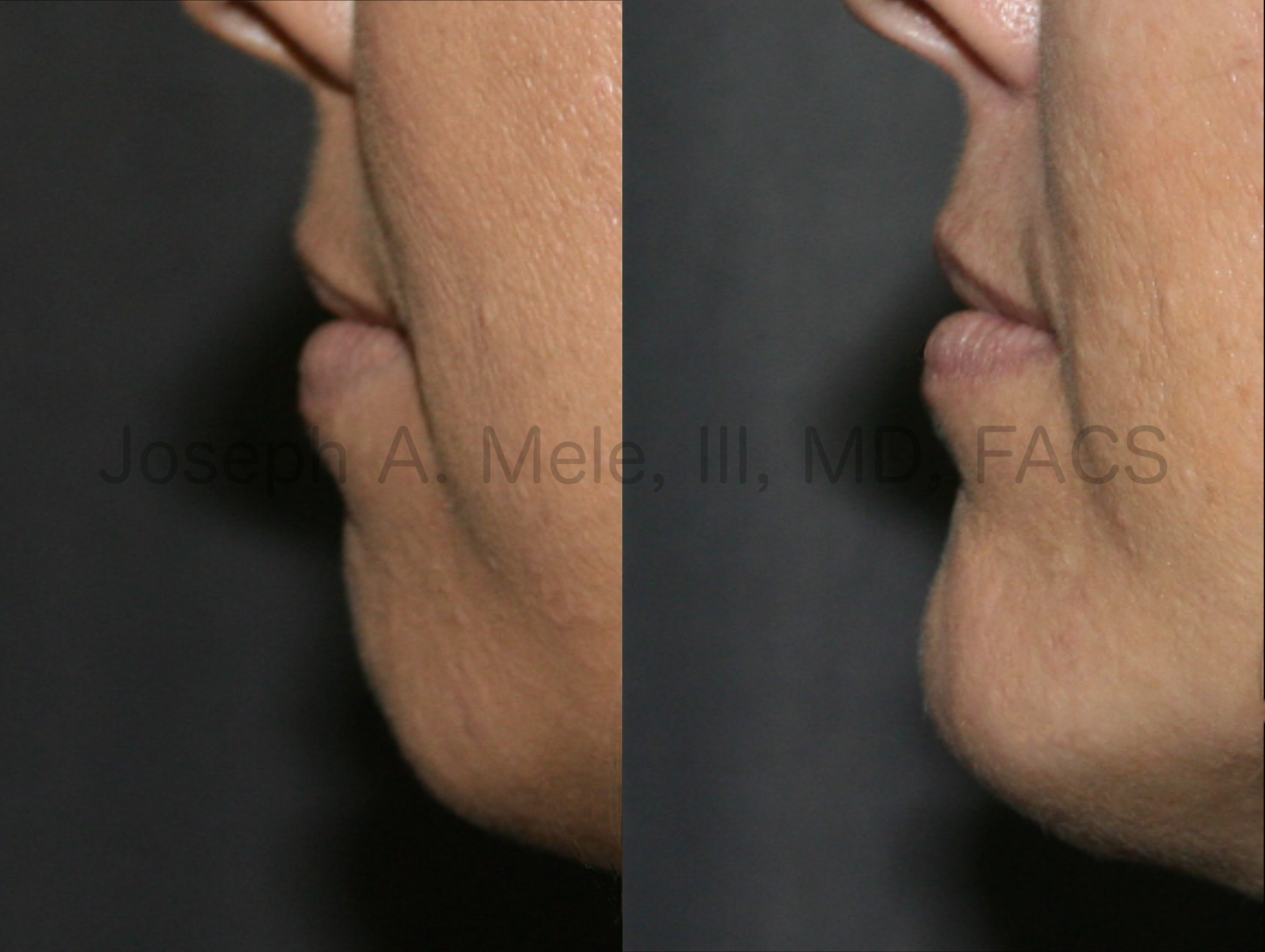 A well placed chin implant brings the chin projection to the level of the lips, replacing a weak chin with a strong one.

In the above case, the patient wanted a strong chin. A Chin Implant was placed on the front of the jaw to push the chin forward. This result is a defined chin and neck, and a happy, more confident patient. 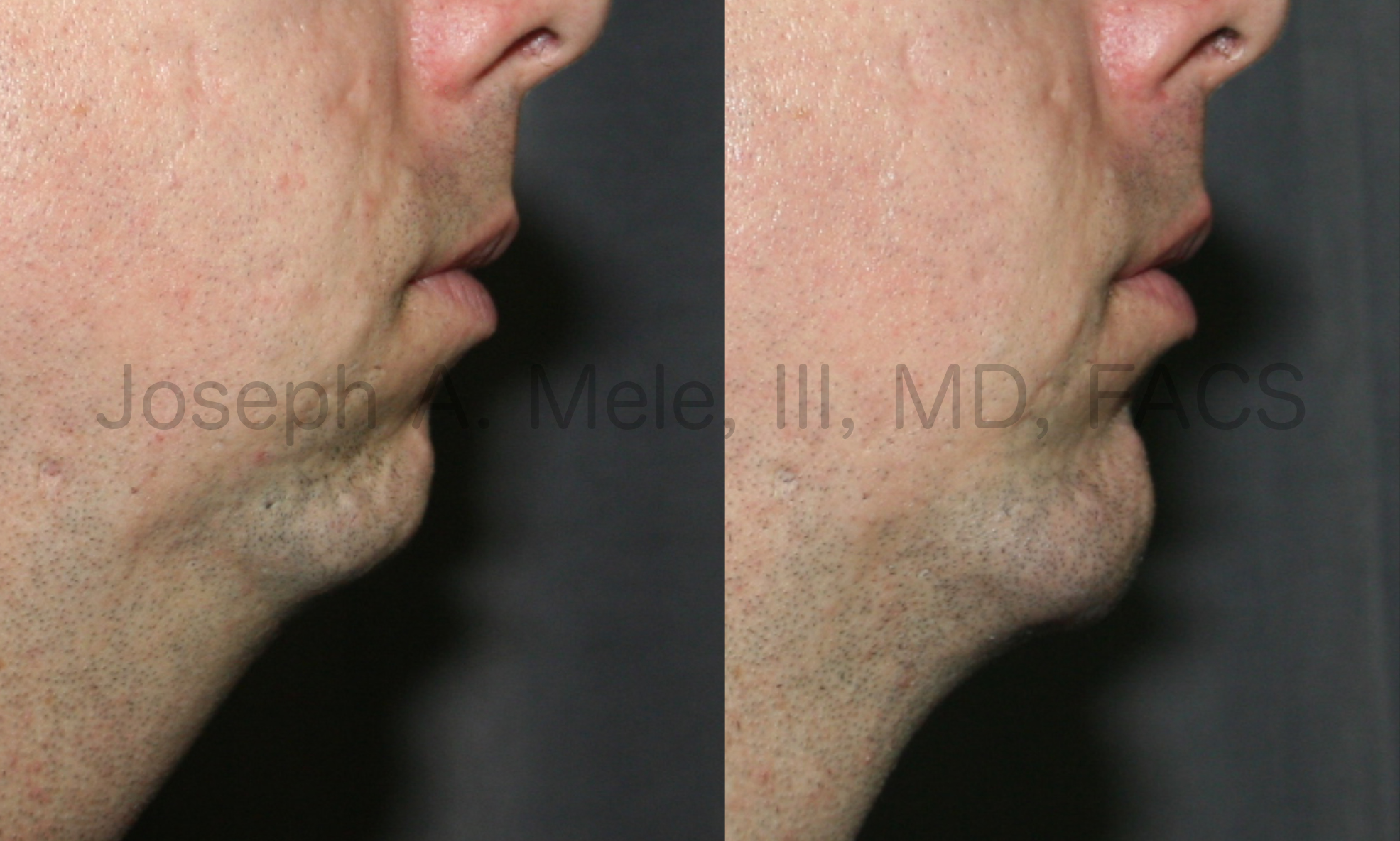 This severe microgenia (small chin) was corrected with a larger chin implant to augment both the prominence and the width of this man’s chin. No beard needed.

The above is the type of chin men often cover with a beard. He was lacking chin projection and width, and there was no definition between the chin and the neck. A Chin Implant improved his facial harmony by balancing the projection of the lips and the chin.

If you are considering Chin Augmentation in the San Francisco Bay Area, call (925) 943-6353 and schedule a private consultation appointment. Computer imaging is offered to help facilitate the conversation.