It is no secret that the number of Buttocks Augmentations has been growing exponentially in the United States over the last decade. The procedure most responsible for this rise in popularity is the Brazilian Butt Lift.

Tummy Tuck and Brazilian Butt Lift Before and After Pictures: In this case, fat is harvested from the abdomen, back and flanks and is transplanted to create fuller, curvier buttocks. 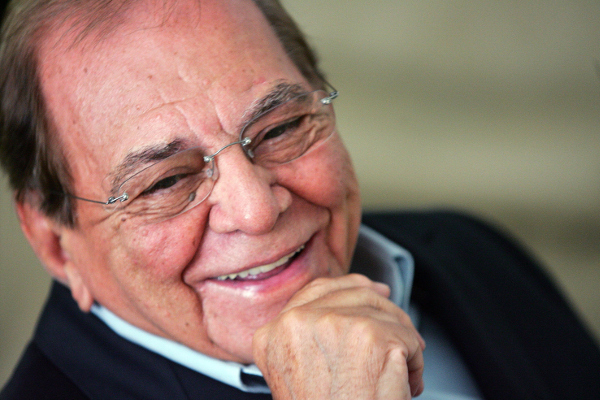 First, fat is collected via Liposuction, so if you are considering Buttocks Enhancement with Fat Grafting, you need to have a little extra fat to donate.

Second, the fat is cleaned. While many methods exist, decanting, centrifuging and filtering remain the most popular. At the recent American Society of Plastic Surgery Meeting in Los Angeles, all methods were shown to be safe and effective; however, the original decanting method seems to provide the greatest amount of fat take in the buttocks. 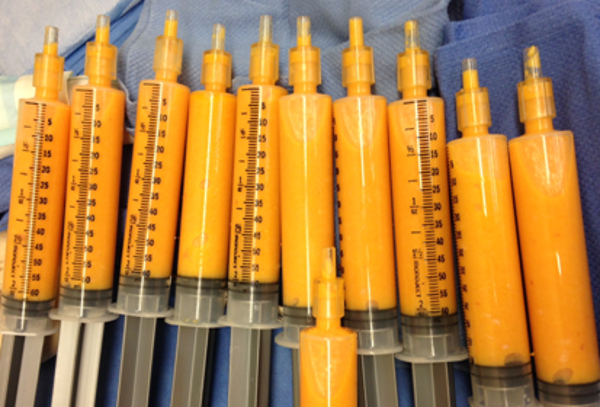 Fat in syringes ready for grafting.

Third, the best fat cells are transplanted into the buttocks. The greatest benefit of Fat Grafting to the Buttocks is its ability to not only enlarge, but to reshape the buttocks. Fat can be placed selectively into the areas that need it more. The primary limits to the amount of fat that can be grafted are the amount available, and the blood supply available to support it. Too much fat in one area can lead to less graft take and a greater change of contour irregularities. This is where craftsmanship counts.

A simple Google search for Buttock Enlargement reveals that there are other ways to get a larger posterior, but are they effective? Other surgical techniques include Buttock Implants and the injection of other substances. The pressure for these types of operations comes from the fact that often, there is not enough fat available for grafting into the buttocks. Unfortunately, the results are not great. Buttocks Implants tend to ride higher that the cosmetic ideal and cannot selectively enhance specific quadrants of the buttocks. Fillers have a long history of disaster associated with them, including infections, granulomas, redness, hardening and even death. There are no FDA approved fillers for the buttocks, and many of the substances used for Buttocks Enlargement, silicone and PMMA, are well known to cause permanent disfigurement, and should be avoided.

Non-surgical alternatives include exercise and creams. Exercise is a very healthy alternative and has many other benefits that fat grafting does not provide. Leg curls, squats and lunges have been proposed as buttocks enhancers. Like muscle building in general, it will work for some, but not many. For women in particular, it is more difficult to build bulky muscle, which is want is needed for any significant enlargement. So while exercise is safe, it is often not effective. Buttocks creams have been available in Brazil for many years. I will not get into the details, but none have received FDA approval for safety or efficacy, so buyer beware.

If you are considering a Brazilian Butt Lift, be certain to seek an experienced Board Certified Plastic Surgeon. It is a highly artistic procedure and is as dependent on technique and craftsmanship as it is on the method selected.

A personal consultation is the best way to learn what the procedure can do for you. Call (925) 943-6353 to speak directly with our San Francisco Bay Area Plastic Surgery staff in the East Bay City of Walnut Creek for your private, confidential appointment.