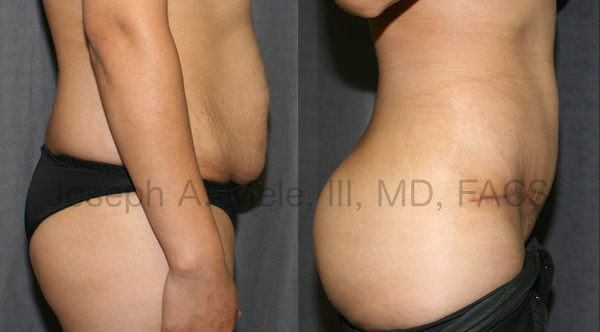 A Brazilian Butt Lift was added to this Mommy Makeover. Excess fat from the belly and muffin top was removed and transplanted into the buttocks, to enhance both the size and shape of the buttocks.

Fuller, rounder buttocks are possible with the Brazilian Buttocks Lift. If you are healthy, want more shapely buttocks and have disproportionate fat elsewhere, it can be repurposed to enhance the shape of your butt. San Francisco Bay Area Board Certified Plastic Surgeon, Dr. Joseph Mele, discusses what is possible with Brazilian Butt Lifts in this video segment from KRON 4’s Body Beautiful.

Fat Grafting to the Buttocks

A Brazilian Butt Lift, or BBL, is basically fat grafting to the buttocks. Fat is removed from areas in which it is disproportionate and is used to fill and reshape the buttocks. The following Brazilian Butt Lift Video discusses the procedure and demonstrates results with narrated BBL Before and After Pictures. The following set is from my television show, Body Beautiful, which airs live on the San Francisco Bay Area’s News Station, KRON 4.

A successful Brazilian Buttocks Lift requires meticulous attention to detail in both the removal of excess fat and the transplantation of fat into the buttocks. While taking out as much fat as possible increases the fat available for shaping the butt, it also increases the risks of irregularities in the donor areas. Since both the donating and receiving areas must look good when we are done, a balanced compromise is important. 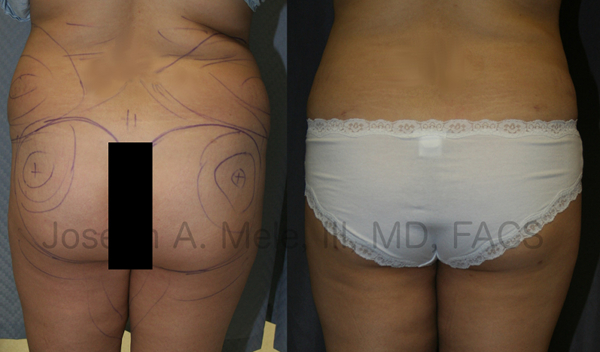 There are two main ingredients for a successful Brazilian Buttocks Lift – selective removal of fat from areas that are too full and selective placement of fat into the buttocks.

As shown in the Brazilian Buttocks Lift Before and After Pictures above, topographical maps are drawn for both the Liposuction (above and below the buttocks) and the Fat Grafting (the buttocks). The after picture shows where the high points are taken down and the low points are enhanced.

If you are considering a Brazilian Buttocks Lift, call (925) 943-6353 today and schedule your private and personalized BBL consultation appointment in our San Francisco Bay Area Plastic Surgery Clinic.