BOTOX Cosmetic and Dysport have established their niche in wrinkle reduction, but new drugs are on the way. Xeomin will be here in 2012 and PurTox is staged to launch right behind it. 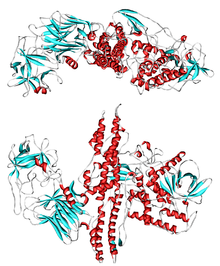 The first standardized Botulinum Toxin was prepared for therapeutic use by Alan Scott, MD, a San Francisco Ophthalmologist, and Edward Schantz in the 1960’s. In 1980, Dr. Scott was the first to use botulinum toxin type a (BTX-A) to treat strabismus (crossed eyes) and blepharospasm (involuntary forceful squinting). He successfully treated many patients until 1986, when the inability to purchase liability insurance caused his US source to end production.

In December 1989, Allergan was the first company to receive FDA approval for the use of BTX-A for the treatment of strabismus, blepharospasm, and hemifacial spasm in patients over 12 years old. Thus Botox was born.

Botox was not approved for cosmetic uses until 2002; however, the cosmetic effect of BTX-A on wrinkles was published in the Journal Plastic and Reconstructive Surgery in 1989, by a plastic surgeon from Sacramento, California, Dr. Richard Clark

BOTOX Cosmetic was the First to Market for Wrinkle Reduction in the US.

BOTOX Cosmetic is manufactured and distributed by Allergan (Ireland, US, Costa Rica). Plastic surgeons have been using Botox “off-label” for years to treat wrinkles. BOTOX Cosmetic received FDA approval on April 12, 2002, to “temporarily improve the appearance of moderate-to-severe frown lines between the eyebrows” (glabellar frown lines or the elevens). The name for the wrinkle reducer was changed to BOTOX Cosmetic to provide legal “separation” from the Botox used for the treatment of other medical problems. To this day, Botox and all other forms of botulinum toxin, are only FDA approved for the reduction of the glabellar frown lines. Reduction of other wrinkles remains an “off-label” use

Dysport (abobotulinumtoxinA) was the first Botulinum Toxin A introduced in the European Market, but Second to the US Market.

Dysport has been a worthy competitor since its launch, and continues to offer efficacy at a reduced cost. Back by popular demand, the Dysport Challenge of 2010 has been extended, and the ante has been upped. The latest challenge is named Think Outside the Bo**x with the following details:

Click here for a detailed comparison of -> BOTOX vs. Dysport.

Xeomin has finished its Phase III Trials and received FDA approval. It is expected to be available in the Spring of 2012

Xeomin is the latest arrival in the botulinum toxin business. It is manufactured by Merz, and has just received FDA approval for wrinkle reduction of the glabellar frown lines. Like its predecessors, Xeomin had previously been FDA approved for the treatment of blepharospasm and cervical dystonia (painful contraction of the neck muscles causing abnormal head position). It is expected to hit the cosmetic market in Spring of 2012.

Other brands of BTX-A are certain to come, but PurTox will likely be the next. Manufactured by Mentor Corporation, a division of Johnson and Johnson, PurTox has completed all Phase III trials and is currently awaiting FDA approval.

So Which BTX-A is Best?

It remains to be seen how head-to-head consumer comparisons between Botox, Dysport, Xeomin and PurTox will play out. Will one prove itself supreme? Time will tell, and I will be here to let you know.