This is not another news flash about Teenaged Plastic Surgery. I came across a great article from the University of Colorado Cancer Center, and it reaffirms the old adage, “Know your audience.” The title of the article is Effect of Appearance-Based Education Compared with Health-Based Education on Sunscreen use and Knowledge: A Randomized Controlled Trial. Their audience is medical professionals who we will read an article even with a title like that. 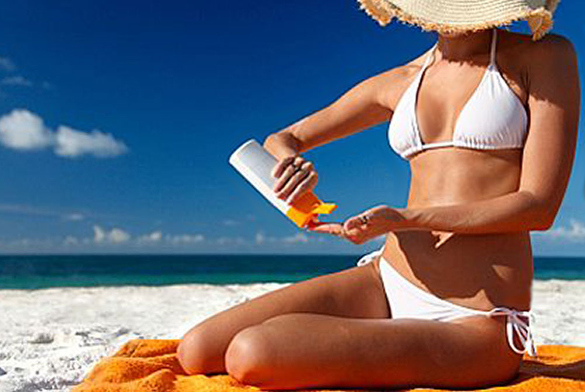 The title should be, Beauty Motivates Teens more than Health Risks. I see it every day in my own Bay Area Plastic Surgery practice. Even adults are more likely to give up unhealthy behaviors like smoking to have a tummy tuck, breast reduction or facelift, than they are to prevent cancers. If you have a teenager, and are trying to discourage unhealthy teen behaviors, read on.

The study published in the Journal of the American Academy of Dermatology is all about education changing high risk behaviors. It evaluates the effectiveness of two videos designed to educate teens on the dangers of UV radiation and the benefits of using sunscreen.

The investigators noticed in their clinical practice that when discussing sunscreen use with teens, “when we talk about the skin cancer risk, it doesn’t faze them. But when you talk about premature wrinkling and aging, they listen a little more closely.”

Two Videos are Better then One

The Results: The Carrot Beats the Stick

Fifty high school students were randomly chosen to view either the appearance-based or the health-based video. Here are the results:

Both videos educated. Testing showed the difference in knowledge scores between the study groups was not significant. So both groups retained the same amount of factual information. However, only the appearance-based video motivated a change in behavior. The appearance-based group applied sunscreen at significantly greater frequencies compared with the health-based group (2.2 ± 1.4 vs 0.2 ± 0.6, P < .001).

The Moral of the Story

The study, simple in design, is deep in insight. I see men and women every day with sun damage, much of which is preventable. Most of us get the majority of our sun exposure at an early age, and early sunscreen use is key. Further study may reveal if the motivation comes from the desire to look good, or if it stems from the immediacy of getting older, vs the latency of developing skin cancer.

Even so, it provides a window into how to get the message out and change bad behavior . All the facts can be presented, but if you don’t know your audience they may not listen. Furthermore, if when they have to listen, and even when the information sinks in, the end result of changing behavior still may not occur if the audience isn’t personally motived to act.

Appearance-based education can be applied to sunscreen use, smoking cessation or discouraging drug use. While health benefits and appearance benefits are present with each, an emphasis on the latter may provide more motivation.